7 Concerts This Summer That You Cant Miss ... 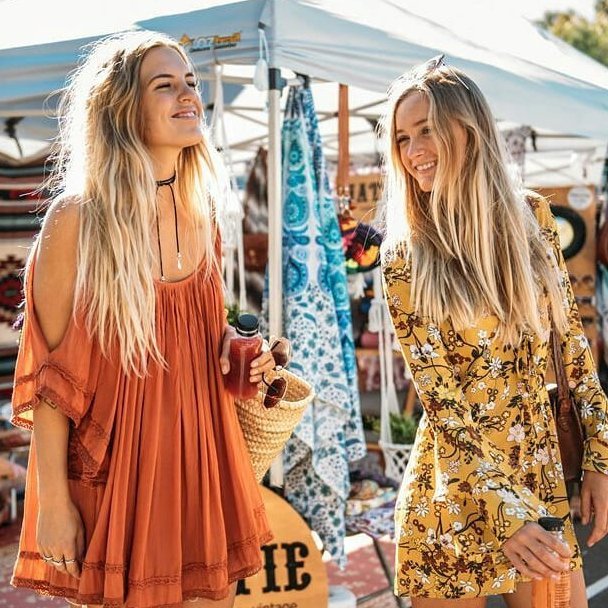 Looking for the best must-see concert tours of Summer 2018? Summer usually means finally being able to wear your cutest summer dress that’s been collecting dust in the closet and also being able to collect some colour after being vampire status during the cold months. It also means that you can go out and enjoy the weather and not have to hide every part of your skin, and what better way to do this than to do it listening to your favourite celebrity!

Every summer, to-die-for voices hit the stages and create magic in the form of a concert and no one wants to miss out on them. Also, let’s be honest, when someone asks you what fun thing you did this summer, saying Beyonce’s sweat might have dripped on you may be the best answer that exists.

We know you don’t want to miss one amazing concert this summer! So here’s your go-to guide to the must-see concert tours of Summer 2018.

Oh Lorde, please get me tickets to this show. Not only is this hip teen absolutely hilarious on Twitter but she is an amazing artist/singer/songwriter/producer….well, the list goes on. Her music is RAW and if you don’t believe it, she recently tweeted “IF YOU’RE DEBATING WHETHER OR NOT I CAN MURDER A STAGE... COME SEE IT FOR URSELF”. We will definitely be taking this offer up, Lorde. We can’t wait to hear Melodrama live and if you can’t either, purchase your tickets lorde.co.nz. You won't want to miss one of the best must-see concert tours of Summer 2018.

Yes, we may not be able to hear while we’re drooling over Adam Levine. Kidding, we also won’t be able to miss his unique and timeless voice. Maroon 5 will be touring this summer with Grammy nominee Julia Michaels and we will definitely want to be seeing this epic duo. Every summer our radio’s are blasting one of Maroon 5’s hits and to be honest, we have never heard a non-catchy song of theirs. Oh, and that’s because it does not exist. Not only that, but Julia Michaels has been behind the scenes writing so many known songs for top performers, so we are definitely excited to see her express herself through singing. Join us and get your tickets redpillbluestour.maroon5.com!

So, who really needs a man when you can just go watch Ed Sheeran and pretend he’s serenading you? Okay… just me? Although Ed Sheeran is reportedly taking a break from music after his much anticipated wedding, he is going to bless us in the meantime, with this North American tour. Get ready to sing your hearts out and maybe cry a little. Ed Sheeran’s songs have been known to top the charts and no one can deny that the man has got serious talent. The tour starts August 18th and goes until November 10th, so do not miss your chance to lose your voice singing to your favourite songs and find tickets edsheeran.com.

Okay, so although this concert starts at the end of summer, we couldn’t help but share the news of the pop king himself going on tour! This concert will be what it’s named - magic. Bruno Mars is known for not only his angelic vocal chords but his spectacular dance moves, making him one of the best live performers. He won’t be the only superstar on the stage because you may just find yourself mesmerized by Cardi B’s presence. Yes, we know… it’s something we can’t miss either. The tour starts September 7th and if you need to send your parents somewhere for a back to school gift, brunomars.com is it.

You want to see a Grammy winner live, you said? Wait no longer. Kendrick Lamar has been making headlines recently with his politically driven music and hard cutting lyrics. Even before Black Panther hit theatres, his performances have become known to be real and inspirational and Black Panther is a pretty great bonus, if you ask us. His spirit while performing can hype up any crowd and you will want to be there. ticketmaster.ca, here's where to get tickets.

Umm…I’m going to let this article finish, but Taylor Swift may have one of the best concerts of all summer… okay, let’s not bring up bad memories. But really, who’s going to want to miss seeing this feisty new Taylor that’s released so many amazing hits. She went from innocent country girl to oooh, look what you made me do, and we definitely don’t want to miss seeing this transformation live. Not only that, but she’s bringing along “Havana’s” Camila Cabello, and beauty CharliXCX. Can you say girl power? The concert goes throughout the Summer and ends on September 8th in Missouri. Find her tickets taylorswift.com.

Beyonce and Jay Z broke the Internet when they released that they will be going on tour once again. Although it’s normal for the king and queen to make headlines, this tour will be the tour of the summer featuring the OG’s of hip-hop and rap. Mix Jay Z’s one of a kind performance skills and Beyonce's….well…everything, and it makes an epic night. The only thing that could be better than this, is if we get a feature of the cutie Blue Ivy. We don’t know about you but we are for sure on the run to get these tickets beyonce.com.