7 Vinyls That You Should Add to Your Record Collection ... 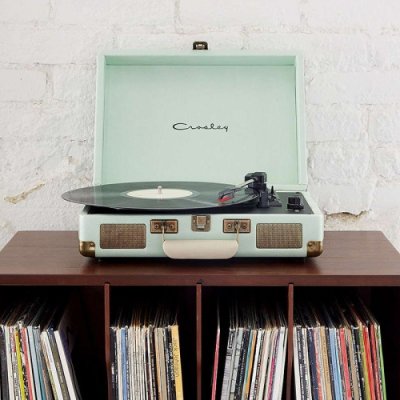 Lately, vinyls have been making a major comeback! I gave into the craze and, I have to admit, there is something special about the sound a record player produces that’s different from anything you’ll hear on your iPhone’s speakers. But not all vinyls deserve a spot in your collection; here are all the vinyls you should own!

Artist: Miles Davis
Year: 1959
Undeniably, Miles Davis is one of the best artists of the 20th century. Davis’s “Kind of Blue” is bound to become one of your favorite records in your collection. His voice is unlike anyone else’s, but don’t take my word for it, hear for yourself!

Artist: Bob Dylan
Year: 1966
Bob Dylan is a true artist if there ever was one! His music is like poetry, and listening to it on vinyl is a true experience. And one of his best albums is definitely “Blonde on Blonde”. It's quirky, unique, and brilliant in every way. But no medium really does it justice the way vinyl does.

Artist: Led Zeppelin
Year: 1971
Led Zeppelin is often the group people think of when they think of vinyls. Many fans of the band consider “Led Zeppelin IV” the group's best album of their career, so it's a great starting place to get introduced into iconic 70's rock music!

Artist: Michael Jackson
Year: 1982
My mom still reminisces about this album, which came out in her early 20's and was the anthem of her generation for some time. A classic like that never gets old! Michael Jackson was truly a talent, and no record collection would be complete without one of his most well-known albums.

Artist: Modest Mouse
Year: 1997
Indie music fans have to have this record in their collection! It was the group's second record, so they were still true to their original sound, but also more accustomed to making music. For that reason, this record is brilliant, experimental, and a great musical journey! That's why many indie rock fans consider it one of the best independent music records of the '90s.

Artist: Amy Winehouse
Year: 2006
In the midst of battling alcoholism, drug addiction, and eating disorders, Amy Winehouse still managed to produce some of the most beautiful records of the 2000's. She loved her art and it really shows, especially in “Back to Black”, and deeply personal album for Winehouse.

Artist: Beyoncé
Year: 2014
Who could forget Beyoncé's surprise visual album from 2014? Queen Bey has released amazing album after amazing album since the start of her career, but this one is of a different breed. It has a variety of songs that will please everyone's taste. While the music videos are all stunning, divorcing the songs from their accompanying music video can give you an even better experience with the songs which you will love!

In order to complete your record collection, you should take advantage of the wealth of songs released from the 50's to now. These all are incredible in their own unique way, but there are so many more albums worth owning not on this list! What's your favorite vinyl?