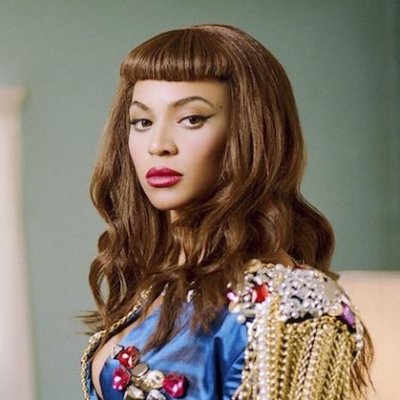 Video killed the radio star, they said, but now it seems like MTV and VH1 are bound and determined to kill the video star because … where are the videos, again? Oh, you can still watch videos, of course, artists still try to put their lyrical visions into a visible medium, and these videos are often beautiful. They get so little exposure, however, that it's tempting to think the medium is dead. I maintain that is not necessarily true … not as long as these videos exist.

This is one of my favorite videos. Eminem often tells stories in his videos, especially in the vids for his recent songs. I could include any number of his videos in this list, but rather than making this the Eminem Show (har-de-har, see what I did there?), I'll include my very powerful. This isn't just a video; it's an epic.

I love Johnny Cash's version of “Hurt,” right down to the video. It's poignant and painful and beautiful.

This video is dark, romantic, decadent, and gothic without an ounce of eyeliner anywhere to be seen. I love this video. I fell in love with REM because of this video.

Pure, unadulterated camp. This video is another mini-movie, one that brings back “Happy Days.” That's never a bad thing.

What can I even say about this? This is incredible. This is epic. This is legendary.

As with Eminem, I could include so many of Gaga's videos – they're all theatrical masterpieces. I'm a fan of so many, but this is not only one of the most popular and most recognizable, but also one of the most Gaga-esque.

The simplicity of this video is what makes it an instant classic. Janelle's voice, her ethereal beauty, and the camera's focus on her face create a powerful statement evocative of another iconic video ...

This is just the shit – excuse my language (don't, really, I'm an adult and this is the internet).

“Vogue” will always be one of the best videos ever, even long after videos really are obsolete.

As with Eminem and Gaga, I could also choose scores of Beyonce's videos, from the fun to the powerful. No lie, though, I just love the Single Ladies dance.

Not only is the song catchy as hell, but this video is just art.

This homage to the Beatles was perfection from start to finish. All those sexy versions of Andre-3000 were the business, and my but did he look delicious in every ensemble! I'm also a huge fan of the Ryan Philippe cameo at the beginning.

No, come on. This is Brit-Brit at the height of her badassery.

I couldn't help myself. This is an excellent example of the modern video as a mini-movie.

You have to concede that this is amazing, even if you're not a GNR fan.

OK Go have almost single-handedly changed the whole face of the music video, so I could have easily included any of their vids. This was just the first one I ever saw, and it introduced me to both their upbeat sound and their visual artistry.

Had to. This is a beautiful work of art. It's the ideal epitaph. Good night, Starman.

Now, hit me with your favorite videos. Which vids can you watch again and again? Which vids move you?