7 Calming Songs to Help You Deal with Death ...

1 Believe by the All American Rejects

Tyson Ritter, the lead singer of the band, wrote this song about a friend who died from cancer. He says that he doesn’t believe that death means a person is fully gone, because there are people who still love him and think about him: “There’s a part of you that’s left inside of me.” The tune is upbeat in order to give a positive message. This is one of the songs to help you deal with death by realizing that the people you love live on in your memory.

2 I Miss You by Miley Cyrus

Even if you can’t stand Miley, you have to admit that she’s talented. Years ago, she sang a song about a loved one who died. The song talks about the things that she misses about him and how she wishes she could still see him. She sings, “I know you’re where you need to be, even though it’s not here with me.” Anyone who has lost someone can relate to the lyrics. 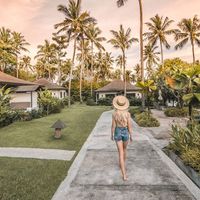 28 of Todays Beautiful Travel Inspo for Ladies Who Love Seeing the World ... 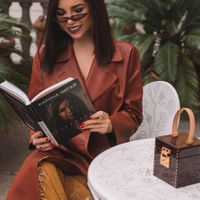 Knock off louis vuitton for sale

This song is about a boy dealing with his girlfriend’s death. He sings about the memories that they shared and thinks back on her positively. He lists moments that he remembers about her and reminds himself that she is close by. “Every night I miss you, I can just look up and know the stars are holding you tonight.” The song is a reminder that the people who have died are watching over us.

Mariah addresses the people she’s singing to in her first lines: “This is for my people who just lost somebody.” She talks about how saying goodbye is the hardest thing for anyone to do. She lets her listeners know that she is there for them and that she’s been in the same situation. This song can help give you closure and remind you that hundreds of others are dealing with the same situation as you are.

5 Slipped Away by Avril Lavigne

This is a song about remembering the day a loved one passed away. Avril brings up the question of ‘why,’ which everyone finds themselves asking. She says that her life won‘t ever be the same now that the person has slipped out of her life: “I wish that I could see you again. I know that I can’t.” This song lets you know that it’s okay to be upset and angry over what happened.

6 See You Again by Carrie Underwood

Carrie sings this uplifting song about death. She says, “I’ll see you again. This is not where it ends. I will carry you with me." She gives us hope that we’ll meet our deceased loved ones again somehow. Even if you’re not religious, this is a nice song to cheer you up.

7 Heaven Got Another Angel by Gordon Garner

This song has the potential to make you cry. It talks about how the world may have lost someone great, but heaven gained an angel. “Heaven got a little better the day it took you away from me.” It puts a positive spin on the great loss that you’ve suffered. Even though you lost someone, you can still appreciate the things that they’ve done.

Whether or not you’re ready to move on, these songs can help you get through tough times. There are plenty of classic songs that I haven’t mentioned on this list. What is your favorite song about death that I’ve left out?

travel
28 of Todays Beautiful Travel Inspo for Ladies Who Love Seeing the World ...
lifestyle
The Importance of Never Oversharing Again ...
lifestyle
8 Facts on Penguins ...
health
9 Incredibly Easy Tips on How to Fight Depression ...
bags
Knock off louis vuitton for sale