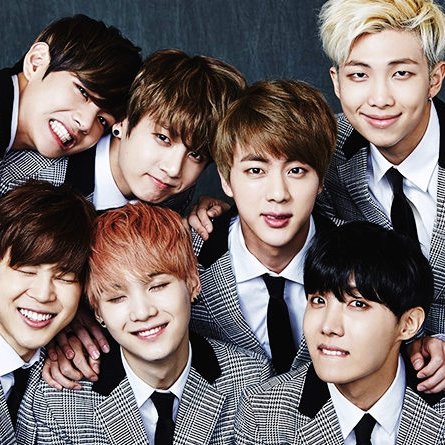 Let’s get into some great music with K-pop bands you should know about. If you haven’t heard of the K-pop phenomenon, then quite simply, where the hell have you been? K-pop is short for Korean pop and is a genre of music filled predominantly with boy bands from South Korea who are stylish, pretty, can sing, can rap and can dance. Watching any K-pop band in full flow is a true sight to behold and judging by the way that the music genre has left its native country and broken boundaries to become beloved all over the world, it doesn’t look like K-pop is disappearing any time soon! So as they, if you can’t beat them, you might as well join them! Just so you aren’t left completely out of the loop, here are 5 K-pop bands you should know about.

BTS are the undisputed current kings of the K-pop scene, so much so in fact that their latest album, Love Yourself: Tear is the first by a K-pop band to make it to the top of the American charts. They have collaborated with a host of influential Western artists including The Chainsmokers, Fall Out Boy, Steve Aoki and even 90’s rapper Warren G! They are singlehandedly proving that Korean music is more than just Gangnam Style!

EXO are another large boy band (twelve members in total) that are proving that more is definitely more when it comes to K-pop! They have sold more than eight million albums and their members regularly top the Forbes Korea Power Celebrity list. They are especially known for recording songs in both Korean and Mandarin, a decision that has garnered them an even bigger fan base in Asia.

Guess how many members there are in Seventeen? That’s right, you guessed it, thirteen! They are named so because all of their handsome members were aged seventeen when the band formed, and since then they haven’t looked back. They are split into three groups within the band, singers, rappers, and dancers, and it’s so great that the band tend to write most of their own songs.

NCT stands for Neo Culture Technology, and they are one of the most eclectic K-pop bands around right now. The band currently consists of eighteen members, hailing from countries all over the world including Korea, China, Japan, Thailand, America, and Canada. Out of all the big K-pop bands hitting it big at the moment, it would be fair to say that NCT are definitely the most diverse. They produce everything from trap music to bubblegum pop!

WINNER is a band that rose to prominence in 2014 on a Korean talent show. They produce a really cool mix of slow pop ballad/melancholy hip-hop that really seems to resonate with teenagers who enjoy the genre. After taking a year-long hiatus from the music industry, the came roaring back with a new look and a new sound that has been compared to a combination of Diplo and Justin Bieber!