When I was looking for some new music to listen to, I was delighted to stumble across a genre I'd never heard of before - dark cabaret. It's inspired by the decadence of the cabaret scene and covers topics that you'd never hear about in chart music. So if you're bored with the same old song lyrics and want to hear something different, here's some dark cabaret for you to discover …

Dark cabaret is often associated with vaudeville-style performances and alternative circuses. The now defunct Circus Contraption was a troupe that performed shows with their own live music. This song has a delightfully creepy feel to it that fans of the horror genre are sure to love.

2 A Bar in Amsterdam - Katzenjammer

If you're after something more lively, try a song by Katzenjammer. This all-female group perform with a variety of instruments. Catch them live if you get the chance, as their performances are lively, enthusiastic and a lot of fun. But don't just dance around the room when you listen to them at home - pay attention to the lyrics as well. 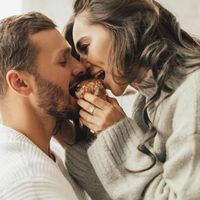 NIVEA Kiss of a Lifetime Contest ... 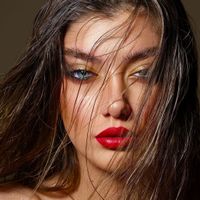 Signs ex is not over you

If you're tired of the seemingly identical songs & videos by female performers, you'll be delighted to hear that there are many excellent female singer-songwriters working in the dark cabaret genre. Emilie Autumn performs with a trio of female backing dancers, so if you love burlesque performances you'll enjoy her shows. In the meantime, listen to one of her many ace songs.

4 Blood on My Boots - Eliza Carthy

When a song begins 'I was drinking champagne with Jerry Springer', you know it's not going to be the kind of thing you'll hear on MTV. Best known as a folk singer, Eliza Carthy has also produced darker music like this. Listen to Blood On My Boots, and you'll be transported to a smoky dark cabaret hall, full of decadence and danger.

Contrary to what the band name might suggest, Johnny Hollow has a female vocalist. With album titles like A Collection of Creatures and Dirty Hands, you can guess that their songs tend towards a dark tone. So if you like songs about 'worse things, perverse things', check out their music - here's a song to give you a taster of their dark songs.

You'll certainly remember your Ps and Qs when you listen to this song! Lyrics about serial killers definitely won't hit the charts, but it certainly makes for a prime dark cabaret experience. You probably shouldn't play Six Sadistic Songs For Children to anyone of a sensitive disposition, but if you're in the mood for something dark, Amoree's your gal.

If you like the old-school cabaret of Bertolt Brecht, you'll definitely enjoy this song. You can imagine it being sung by Liza Minelli in the movie version of Cabaret. Clare Fader's music has a very cabaret/vaudeville feel about it - and indeed, her band is named the Vaudevillains (a clever play on words there).

So discover the exciting, theatrical world of Dark Cabaret and listen to the many decadent and dramatic songs it has to offer. You'll never be the same again!

love
NIVEA Kiss of a Lifetime Contest ...
fashion
Clothes off My Back Holiday Extravaganza ...
bags
The Best New Designer Handbags Youll Want to Spend Money on This Summer ...
beauty
8 Glamorous Beauty Tips from Old Hollywood ...
love
Signs ex is not over you

Which food is good for flu ...
Why does tequila make you more drunk ...
What type of alcohol can you drink ...
Is there dna in food ...
How much dry fruits should i eat daily ...
How to make my husband feel attractive ...
How to hide nipples in shirt ...
What goes good with split pea soup ...
What foods are high in energy ...
What does an apple a day do ...