The 7 Best Songs to Listen to during Sex ... 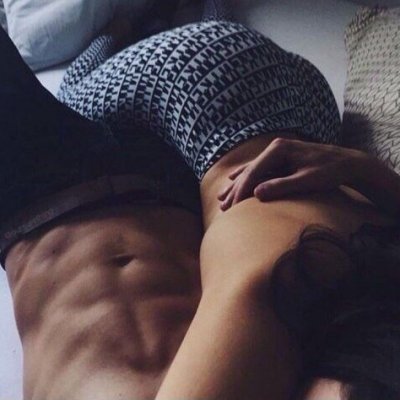 If you want to set the mood, you don't have to sprinkle the bed with rose petals or light candles. All you have to do is grab your iPod and put on a sultry song. It won't take long for you two to climb on top of each other after hearing raunchy lyrics, so here are a few of the best songs to listen to during sex:

If you've ever seen The Rocky Horro Picture Show, or at least Glee, then you've heard this song before. It's all about an innocent virgin who's never had sex before. However, as soon as she gets a taste of what it's like, she can't get enough of it. She wants "more, more, more, more." If that sounds like a summary of your life, then this is the perfect song for you to listen to during sex.

2 Let's Get It on by Marvin Gaye

We can't ignore the classics. Marvin Gaye is the go-to singer for setting the mood. You've probably seen some of your favorite television characters make love to this song. It just sounds so sultry and sexy that it's hard to resist getting down and dirty while it's playing. It doesn't matter how many times you've heard it before, because it never gets old.

3 Situations by Escape the Fate

If you want to listen to music that is a little more modern, then this is the song for you. It has lyrics like, "She took my hand and ran it up her thigh. She licked her lips and pulled my hair." If you want, you can do exactly what the lyrics say. Make the music come alive.

4 I Wanna by the All American Rejects

If you want to touch someone, then you might as well tell them with a song. The title of this one pretty much gives the story away. It's all about a man who wants to get with a girl. All he wants to do is touch her.

Remember this song? A few years ago, you might not have realized what it meant, but if you listen to the lyrics now, you'll realize how kinky it is. If you're in the mood for having some rough sex with your partner, then this can be your theme song.

6 Feeling Myself by Nicki Minaj and Beyonce

This is the sexiest pair of women in the world. If you want to feel powerful, then you should listen to them sing and steal some of their confidence. Remember, even if your man doesn't end up making you orgasm, you can always finish the night by touching yourself. Your hands are just as good as his are.

7 Is There Somewhere by Halsey

If you're making love to the love of your life, a sweet song will set the mood. This one is all about falling for a special someone. If that's not romantic enough for the two of you, I don't know what will be.

Now you have a soundtrack for your bedroom. The next time you're feeling frisky, turn one of these songs on and your man will know exactly what you want from him. What's the best song that you've ever listened to during sex?