7 Songs about Losing Your Virginity ... 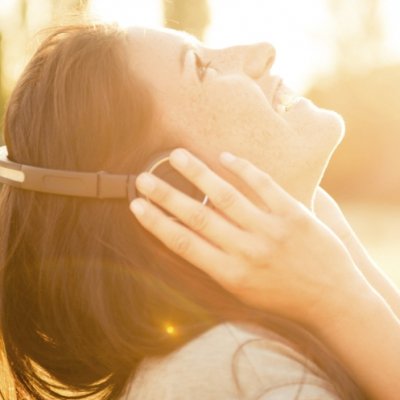 Maybe you've been sexually active for a while. Maybe you're still a virgin. Either way, you can appreciate these songs about losing your virginity:

1 Losing It by Never Shout Never

Women aren't the only ones who regret losing their virginities to a certain someone. This song is about a guy who lost his virginity to a girl who was sleeping around behind his back. It has lyrics like, "I knew I was only sixteen, but I thought I loved her and it'd last forever." It also has lyrics like, "You've got your whole life to do these things," which should remind you that there's no need to rush into having sex. You have a whole lifetime to do it.

2 Don't Tell Me by Avril Lavigne

You've probably heard this Avril song before, but you might not have realized what it was about. Take a look at the lyrics: "Did you think that I was gonna give it up to you this time? Did you think that it was something I was gonna do and cry?" It's about a girl that refuses to sleep with a guy, even though she really likes him. It's a reminder that you should kick a guy to the curb if he doesn't respect your decision to wait.

This song is partially about losing your virginity, because it has lyrics like "Hard to explain. Rush of blood and a little bit of pain." However, it's also about what it's like to grow older. It's a fun experience, but it's also pretty terrifying. If you're in the process of growing into an adult, then you're going to appreciate this song.

This song is a little raunchy, so only listen to it if you have your headphones on. It's about a guy who lies to a girl about being sexually active. It's a reminder that you shouldn't feel bad if you're a virgin. After all, guys are just as nervous about having sex as girls are. We're all in the same boat.

Even though this song is about a fifteen year-old, you can relate to it at any age. It's about a girl who thinks that a boy loves her, sleeps with him, and ends up getting dumped. That's why you should wait until you're truly ready to have sex to let him in your pants. Don't make a move until you're ready.

6 Will You Still Love Me Tomorrow? by the Shirelles

This song is about sleeping with a man, and wondering if he'll feel as deeply about you tomorrow as he did during sex. After all, some men will use a girl to get laid, and then will leave her as soon as he gets what he wants.

This song is about a woman who's been sexually active for a while, but is having such great sex that she feels like she's a virgin being touched for the very first time. It proves that losing your virginity won't change you. You'll still be the same person before and after.

Remember ladies, you shouldn't sleep with a boy until you're completely comfortable with the idea. What other songs have you heard that talk about the singer losing their virginity?