Songs about Cheating Every Girl Can Appreciate if Shes Been Cheated on ... 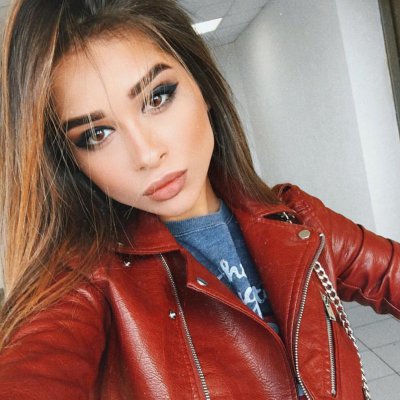 When you go through a breakup due to cheating, turning to music is good therapy but should you listen to songs about infidelity? Well why not? Sometimes you want to know others are empathetic to your feelings – there are songs about cheating that do that. Sometimes you want songs that are empowering, that there is reward for the person cheated on and comeuppance for the cheater. If you’ve been cheated on, here are some songs to tune into.

To the left, to the left! There is nobody quite like Beyoncé to pick you up and get you back on your feet after a breakup, and this empowering song about being on the better side of the breakup is perfect for a time like this.

2 Before He Cheats by Carrie Underwood

Carrie doesn’t hold back in this modern country classic! Of course, I can’t condone doing the things that her character does to the man who cheated on her, but it sure must have felt good!

3 Cry Me a River by Justin Timberlake

Justin caused a stir back in the day with this song that everybody assumed was about Britney Spears, and it’s still as poignant for recent singletons as it was when it was first released!

Dolly perfectly nails the insecurity and vulnerability of a woman who has a sneaking suspicion that her man is cheating on her, and with a woman she knows well nonetheless!

Blu Cantrell’s 15 minutes of fame started off with this R&B banger about a woman who gets over her cheating breakup by doing the sensible thing and selling all of her man’s belongings!

Sing it, Britney! This piece of perfect pop is one of my favorites from the former Princess of Pop, and it carries a great message about being able to move on from a bad relationship and be the stronger person.

7 Bust Your Windows by Jazmine Sullivan

Another classic R&B track that goes the revenge route, as Jazmine Sullivan sings about busting the windows out of her former man’s car!

8 Love the Way You Lie by Eminem & Rihanna

This is one of Eminem’s best recent tracks, teaming up with Rihanna to bring to life the story of a relationship that might seem too close to the bone for many listeners.

9 Forget You by Cee Lo Green

Cee Lo Green gave us a perfect up tempo track to bop along to while at the same time preaching a message of trying to move on from a relationship when you still have interactions with your ex and their new boo!

Christina gave us a dose of old school girl power with this track, bringing the I Will Survive attitude to a whole new generation by singing about being made stronger and being turned in to a fighter by her cheating man.

11 Caught out There by Kelis

Kelis takes no prisoners in one of her earliest hits, telling her cheating man just how much she hates him. Spoiler, it’s a lot!

Kandi was something of a one hit wonder, but this track about not being made to feel depressed and victimized by a cheating man still packs a punch all these years later in 2016!

13 He Wasn’t Man Enough for Me by Toni Braxton

Toni Braxton is one of the queens of the R&B love song, but she can also give sass and attitude with the best of them as best portrayed in this mega hit from the early 2000s!

14 You Outta Know by Alanis Morissette

You can press play on this classic Alanis Morissette song and get lost in the anger of a recent break up. He’s going to miss you eventually, and Alanis perfectly sums up exactly why you should never take him back!

Lily Allen brings her unique brand of quirky pop to this breakout song about gradually being able to get over a bad relationship and find happiness on the other side.

16 Say My Name by Destiny’s Child

Destiny’s Child kind of took over from the Spice Girls in terms of carrying the girl power torch, and this song about not taking a trifling man’s nonsense anymore remains a firm favorite!

Mya gave us a dose of quintessential 2000s pop/R&B with this forgotten gem in which she just isn’t taking the fact that her man’s ex is still in the picture!