We’ve all misheard song lyrics. Sometimes we catch ourselves messing them up, other times our friends start laughing and ask us what the heck we just said. There are the classic misheard song lyrics like “Excuse me while I kiss this guy,” but I wanted to make a list of newer songs that are commonly misheard.

Misheard Lyrics: “Should I give up, or should I just keep chasing penguins?”

Correct Lyrics: “Should I give up, or should I just keep chasing pavements?”

I suppose I can see how one might hear “penguins” instead of “pavements” in this song. It’s not one of the misheard song lyrics that I experienced personally, but I do understand where the people who failed to hear the correct words were coming from. It doesn't make the tiniest bit of sense though!

I think the confusion about these lyrics stemmed from the fact that no one knew what the heck a hollaback girl was when the song first came out, so everyone just replaced it with whatever it sounded like to them. Apparently this is an incredibly common misheard lyric. 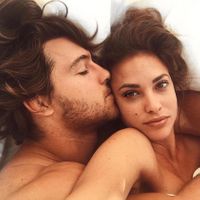 Stealthing is Real and You Need to Protect Yourself ... 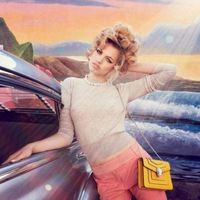 7 Tips on How to Be Prepared and Calm during an Interview ...

Correct Lyrics: “I don’t wanna think anymore, I left my head and my heart on the dance floor.”

These two lines, when sung sound incredibly close, I can understand why some people may have misheard it. Not wanting to think anymore because you hit your head kind of hard on the dance floor is at least logical, I’ll give you that!

Well… it does make sense. Perhaps it’s the higher pitch or the way the word trails off at the end that has people unable to distinguish the last word. I personally love this song, but I think the replacement lyrics are funny!

Confession time… I actually thought those WERE the words until I started researching for this article! I don’t feel so bad because it’s one of the most misheard lyrics in popular music. There are tons of questions on online forums asking who the “Good Charlotte” is in this song. Followed by tons of people making fun of them. Oh well!

6 How to save a Life by the Fray

I’ve always known what the lyrics to this song were, but I will admit, after listening to it several times, it does sort of sound like he says “kills you” instead of the much gentler “hears you.” I guess that would totally change the meaning of the song!

Misheard Lyrics: “There’s no happy ending, no hand relief.”
Correct Lyrics: “There’s no happy ending, no Henry Lee.”
Well… the misheard version definitely makes sense in a perverted and humorous way! I think the disconnect here was that few people got the reference to Henry Lee. For those who still don’t know, he was Queen Elizabeth I’s Champion. He had many relationships and even 3 marriages, but he always put the Queen first because she was the one he truly loved. I actually think I like the misheard lyrics better.

Yes, the name of the song is “Parachute.” However, if you listen to it, it does sound like she could be saying “pair of shoes” instead! Sometimes when we think we hear another word, we just get it stuck in our head no matter what the song is called!

What really is a G6, you ask? This is another case of mishearing the lyric no matter what the title of the song is, especially if you don’t know what a G6 is! I believe it’s a type of car. Well, that’s what Google says. If you listen, she says G6 three times and the last time she says it, it could really be cheese stick!

Misheard Lyric: “And honestly you promised me, I’m never gonna find your bacon”

Not only is the title of the song called, “Complicated,” but Avril’s song lyrics are complicated as well! I’ll admit it, I used to leave this song on when it popped up on the radio and I too was confused by that last word. I thought she was saying, “And honestly, you promised me/I’m never gonna find you Vegas,” no joke! What did you think Lavigne was singing?

Well, Bruno Mars is pretty much going to catch a grenade for ya, so why wouldn’t he throw his head on a plate for ya too?! I’ve never had a problem with hearing this lyric correctly, but now that I’m listening to it while having this misheard lyric in my head, I can see why people would hear it that way.

Really, this is how people are hearing Alicia Keys’ lyrics in Jay-Z’s song, “Empire State of Mind”... weird dream tomato?! There are some really funny misheard lyrics out there and this has to be one of the top ten. It doesn’t even make sense, but perhaps if it did, I might believe it!

13 Lightning by the Wanted

Now compared to the misheard Jay-Z lyric, this one is funny and makes sense! OK, you probably wouldn’t be with the goats in the bathroom with one of the guys from The Wanted, but stranger things have happened!

I may never hear this song the same way again, and now I’m convinced that she is saying cat nipple instead of cannibal! After you hear it that way, you can never unhear it! Listen to Ke$ha’s “Cannibal” and tell me if you hear it with the misheard lyrics now that you know them!

If you misheard any of these lyrics, don’t worry you weren’t alone; tons of people inserted their own words where they didn’t belong! I confessed my Taylor Swift lyrics mishap, so now it’s time to confess yours! What song lyrics have you been caught singing the wrong way?

love
Stealthing is Real and You Need to Protect Yourself ...
beauty
10 Tips on How to Put Sunscreen on Your Own Back ...
funny
How to respond to is it that time of the month
perfumes
9 Best Ever Tips for Wearing Perfume ...
money
7 Tips on How to Be Prepared and Calm during an Interview ...

How to eat it? ...
Before playing sports, we must eat food and metabolize it. this is because ...
What to make with ground veal ...
Is oatmeal a diuretic ...
What i would look like with curly hair ...
What does it mean to be a snack ...
Best ways to answer how are you ...
How to contour nose step by step ...
Is skim milk better than almond milk ...
How to use marshmallow ...