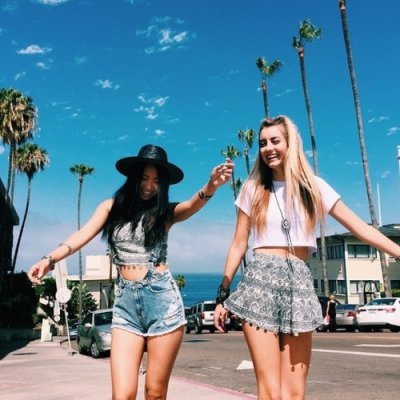 Not all of us are lucky enough to end our relationships on a good note. Sometimes, our exes will say and do some pretty cruel things. When that happens, the best form of revenge is to ignore him and find happiness without him. However, it can also help to listen to some fitting music. Here are a few songs that'll tell your ex to go "love" himself:

1. Love Yourself by Justin Bieber

This song is about having an ex that thinks you're still hung up on them, even though you're completely over them. It's filled with clever lyrics like, "If you think that I'm still holding on to something, you should go and love yourself." We all know what he means by "love," but at least the wording he uses keeps it G-rated.

You've heard Miley before, but you've never heard her like this. This song is cute and catchy. It has lyrics like, "I've got two letters for you. One of them is F and the other is U." If your ex broke your heart by cheating on you, then you'll be able to relate to everything that she says. After all, it's hard to stay civil after getting your heart brutally broken.

3. Gunpowder and Lead by Miranda Lambert

If you like "Before He Cheats," by Carrie Underwood, then you're going to love this song. It has a similar theme, because it reminds men that they shouldn't underestimate the power of a scorned woman. When we get upset, we're capable of some pretty crazy things. While you shouldn't get out a shotgun, there's nothing wrong with telling a guy off after he hurts you.

4. Forget You by Cee Lo Green

You've definitely heard this song before. After all, it was a hit on the radio a few years back. It's all about a man who wants to give a message to his ex and her new boyfriend. While you might be used to the clean version, you can always look up the explicit version when you're angry and in the mood to rant.

5. A Friendly Goodbye by Bowling for Soup

It's hard to say goodbye to a boyfriend. However, this song should make it a little easier on you. It's about a guy saying goodbye to his ex, whom he loved more than anything. However, she hurt him one too many times. That's why he decided to create this song about how he's done dealing with her BS.

6. I Hate Everything about You by Three Days Grace

It's funny how you can love someone and hate them at the same time. That's what this song is about. It has lyrics like, "I hate everything about you, so why do I love you?" It's probably a thought you've had when thinking about your ex.

Your ex probably wasn't the only one who caused fights. If you want to feel better about the way you acted, then you should listen to this song. It'll remind you that you weren't the only one who was mean. Your ex is just as guilty as you are, so you shouldn't feel too bad about everything that went down.

Unfortunately, exes can be cruel. That's why songs like these exist. What other songs have you heard that are perfect for telling your exes to go "love" themselves?