7 of the Most Memorable Lip Syncing Fails ...

Unfortunately, there are many lip syncing fails out there. It’s become a common thing in the music industry. However, there’s still some genuine artists who sing live in every performance! Sometimes the events call for re-recorded tracks and most of the time, lip syncing fails come out of it. Big names like Mariah Carey and Beyonce have admitted to lip syncing a performance!

This one tops of the list of lip syncing fails. How could any forget this incident?! Ashlee Simpson was getting ready to perform live on SNL but the “wrong track” was played. So, she did what any of us would do. The ho-down. I mean, totally normal reaction right? As good of a singer that she is, I don’t think she’ll ever live this down.

This one isn’t SO bad, but LiLo did have a moment where she made it obvious she was lip syncing. She was performing on Good Morning America in support of her debut album, Speak. When the track starts, you can already tell it’s the studio version. However, Lindsey does a somewhat okay job at keeping up with the words. That is, until 2:12. After that, she misses her cue and it’s all downhill from there. 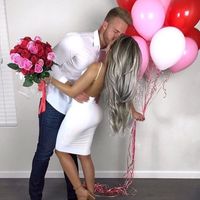 Things to do in nicaragua 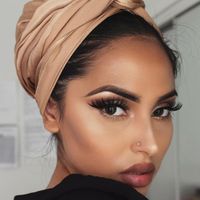 The Basics of Microblading from an Expert ...

This is the most recent lip syncing scandal. Selena was caught lip syncing at the Jingle Ball in LA. At the beginning of the video, you can see Selena yelling at someone on stage. During her performance there’s a moment where she puts the mic down but the words are still coming out. Afterwards, (not in this video) when the lights go out, Selena accidentally dropped the f bomb. Uh oh! There were claims that she wasn’t lip syncing and that it was a problems with her in-ears, but I don’t know if I’m buying it.

I wouldn’t have believed this if she wasn’t the one who admitted it! Watching this video, I actually thought it was live. However, Beyonce admitted that being a perfectionist, she did not feel comfortable singing live and running the risk of ruining such an important event. So, she sang along to a pre-recorded track which yeah, is very common in the music industry. No one will ever diss Beyonce for this but it was definitely memorable!

Shakira was caught lip syncing at the FIFA concert in South Africa! I understand that a lot of huge events like this make the artist sing along to a pre-recorded track to avoid any mistakes. But, you should at least match the words. There were so many moments where her mouth wasn’t even open and the song was on. Am I right?

Milli Vanilli will always be associated with a major lip syncing scandal. Their entire career was pretty much a hoax. The duo never sang live and the songs we did hear weren't even their vocals. They had won a Grammy for Best New Artist but their Grammy was revoked when everyone found out what they had done. How crazy is that?!

Could it be that these reality singing competitions aren’t really “reality”? An X Factor contestant was caught lip syncing during an opening song! This caused a huge scandal. So many fans were disappointed that this might be going on all other singing shows too! It’d be a huge letdown to know that your favorite contestant isn’t really singing live. What do you think?

Well, thats seven big lip syncing fails. Unfortunately, there are a lot more out there. These are the ones that stuck out to me the most though! Which do you think was the biggest lip syncing fails?

travel
Things to do in nicaragua
lifestyle
8 Basic Recipes That Make Use of Tomatoes ...
parenting
7 Ways to Get through Your Childs Birthday Party with Your Sanity Intact ...
health
8 Unusual Hobbies for Women That You May Fall in Love with ...
beauty
The Basics of Microblading from an Expert ...

What can lower blood glucose levels ...
How do i lower my glucose level ...
What does 🔥 mean from a guy? ...
What does it mean when a guy sends you 😘 ...
What helps cool down spicy food ...
How to pass time fast at school ...
Which of these is added to the food level because people sometimes don't eat enough of this ...
What are some unique talents? ...
Is tomato a fruit or a vegetable ...
What is considered refined sugar ...