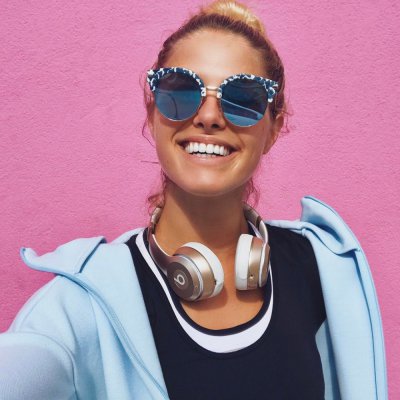 Cover songs are a crap shoot. Forever compared with the originals, you'll always have dissenters and purists who prefer the original versions of songs. That's often entirely founded. However, sometimes a cover song comes along that's so magically good, you can't help but love it – sometimes even more than the OG version. These are some of the top covers ever created – with, admittedly, a few of my personal favorites tangled in there somewhere. What? I never claimed to be an unbiased writer, stalkers.

This cover version of Snow Patrol's yearning, pleading love song is the initial inspiration behind this post. Sleeping at Last is worth a listen no matter what, but Ryan O'Neal's voice taking on this tune is just beyond.

Johnny Cash had a gift for taking popular songs and making them entirely his own. Very often, his versions are better than the originals. That's true for “Personal Jesus,” and I say that as someone who loves Depeche Mode.

This, however, is arguably the most popular and well-known Cash cover. Even Trent Reznor is enamored with Johnny's version of his desperate ode to numbness.

4. The Shins, “We Will Become Silhouettes”

The Postal Service has such a distinctive sound that any cover poses a risk. The Shins took this song and made it a little folky, which shouldn't work at all, but man, it really does.

Iron & Wine's take on The Postal Service strips away the hip digital quality of the original and gives it a dreamy sweetness that kind of tugs at the heart strings.

On the surface of things, “Both Sides Now” is typically taken as a Joni Mitchell original, probably because she sings it like it should be. Judy Collins sang the original and it was certainly a hit, but nowhere near as iconic as Joni's version.

There's just enough homage to Daniel Johnston in the beginnings of this song to let you know where it came from, but from that point on, Conor Oberst makes “Devil Town” all its own. Good lord, that guitar solo!

8. Screaming Eagles, “if It Makes You Happy”

I'm still a fan of Sheryl Crow's slightly snarky, subtly sassy ode to the idea of pleasing your man, but the Screaming Females' rock ballad take on it makes it something else entirely.

A lot of artists have taken on Leonard Cohen's biblical ballad, but Jeff Buckley – RIP, always – truly made it his own, to the point that it's almost the only version worth listening to. His voice, which is so raw and musical and plaintive anyway, turns the tune into a bareboned, slow-burning tragedy. Rufus Wainwright has a version that's almost as good – almost, but not quite.

The remaining Crickets sang this song originally, and it is absolutely awesome, but there is nothing like The Clash's cover. Absolutely nothing.

I actually like The Isley Brothers' original version better than the Fab Four's cover … but it's close. The Beatles turned this into such a rousing song, and there's such a lot of soul in it.

12. Joe Cocker, “with a Little Help from My Friends”

You have to be a considerable artist to take on the Beatles, though. Mr. Joe Cocker was certainly that. His gritty, smokey, whiskey-rough voice turned this pop ballad into something not just special, but iconic.

Praise be, Roberta Flack, but this song belongs to the Fugees. Forever and always.

It's honestly hard to believe that this was ever an Otis Redding song. It's Aretha's now, it's her signature, her anthem, and the world at large should be so grateful for that.

Can you even imagine a world where Joan Jett doesn't sing this? Me either. I'll admit, I don't know anything about the Arrows, but I can't imagine that the original version sounds nearly as good as this one.

This is probably one of the most famous covers ever, to the point that most people believe that it's Soft Cell's song. I mean, I'll cop to that. The original, cheerily crooned by Gloria Jones, just doesn't fit with the lyrics. I gotta say, Marilyn Manson's take is pretty sweet, too.

This song has been covered by plenty of different artists. I have to be honest and admit that Nena's “99 Luftballons” is still my favorite, but again, it's Ryan O'Neal's voice that transforms the song.

Technically, okay, Ike and Tina did a cover of “Proud Mary,” but whatever, eff Ike, we all know Tina has always been the star. The song, however, belongs to Creedence Clearwater Revival, and their version is incredible, but it pales in comparison to Ms. Turner's.

19. Whitney Houston, “I Will Always Love You”

I think, at this point, even Dolly Parton acknowledges that Whitney's version was, is, and always will be the superior cover of this gorgeous song.

Before hearing this song on the soundtrack to The Royal Tenenbaums, I'd never heard it before, not even the original version by Jackson Browne. Since then, it's become one of my favorite songs when I'm in a gloomy mood – to the point where, to be honest, I don't even really like the original. Sorry!

Janis recorded “Me and Bobby McGee” several days before she died, and it became not just a posthumous hit, but a legacy – it's the song many fans remember her by, the first song new fans hear for the first time. Yet it's a cover of a Kris Kristofferson song. Who knew?

I adore the original by The Proclaimers, which is so poppy and upbeat, but this one ... as you can see, I'm on a Sleeping at Last kick. The original songs are lovely, but I really recommend the covers album.

23. Jimi Hendrix, “All along the Watchtower”

Well … duh. As awesome as Bob Dylan is, Jimi owned this song. Owned it.

What? Seriously, the Bangles took this beautiful, folksy hit by Simon and Garfunkel, and they gave it this driving beat with plenty of '80s-friendly flair, and it just became kind of super magical.

I can't be the only person in the world who loves this cover, right? Yes, of course, the song will always be a Michael Jackson song, but … this version is pretty sweet.

As a fan of both The Smiths and Muse, I completely approve of this cover.

I have no idea if Richard Berry's original version was as incomprehensible as the Kingsmen's take on this fun little ditty, but I bet it wasn't nearly as catchy.

29. Saint Etienne, “Only Love Can Break Your Heart”

Not everyone can take on a Neil Young tune, but Saint Etienne's version of “Only Love Can Break Your Heart” will actually break your heart.

“Boys of Summer” is a gorgeous song and Don Henley's voice makes it what it is … but the Ataris do a damn good job making it their own, to the point that even I like it, and the original is one of my favorite golden oldies.

If you're going to take on Pink Floyd, you better be pretty phenomenal. Scissor Sisters have it covered. Promise.

I would never have thought that I'd like this at all. Dolly Parton gave the original a haunting quality, but in my skepticism, I severely underestimated Jack and Meg.

You wouldn't think the Pet Shop Boys could take on a tune by sweet Brenda Lee and do anything with it. But oh … they do. They do.

Pete Seeger's responsible for the song, but the Byrds cemented its track listing on the soundtrack of an entire generation. This song still gives me feels.

I have a love/hate relationship with Hole because I hate to love them (or, rather, I hate to love Courtney Love). I also adore Fleetwood Mac. That being said, Hole had some really ridiculously good songs during the heyday of grunge, and also, this cover is cosmically epic.

37. David Bowie and Mick Jagger, “Dancing in the Street”

The Guess Who did the '70s proud with their OG version of “American Woman,” but the raw, sexy funk in Lenny's cover is just the best thing ever.

Way, way, way back in the day, love songs about doomed teens were all the rage. As such, J. Frank Wilson's version of “Last Kiss” is lovely. Pearl Jam's version is heartbreaking, raw, and tragic – and I believe that has more than a little to do with Eddie Vedder's voice.

40. Fiona Apple, “across the Universe”

Say what you will about Fiona Apple, her attitude, and her weird proclivities, but the girl can sing. She can sing so well, in fact, that she successfully covered the Beatles. Seriously, her vocals give this song such an unbelievable twist.

This charming song showed up on the soundtrack for Natural Born Killers, and my, was it perfectly placed. That's saying something, as well, because it's hard to do a Lou Reed song justice unless you're actually Lou Reed.

I'm weird. I love UB40. The way they added a reggae beat to Neil Diamond's ode to wine and sex was just … magical. UB40 does a likewise amazing version of a certain Elvis hit, by the way ...

43. Siouxsie and the Banshees, “Dear Prudence”

Only Siouxsie could take a Beatles song and make it goth.

Willie Nelson is an incredible singer and by all rights, “Always on My Mind” should not sound so good when it is re-imagined as a techno-pop masterpiece with European flair … but it does. It really, really does.

It doesn't make any sense that some raggedy little punk band could make a Johnny Cash hit sound so … punk. This cover is killer, though. Just killer.

I advise you to listen to the Nick Cave version of this song, as well. They're both stunning, but Johnny … well, Johnny was Johnny. He made this song his own, too.

I love Annie Lennox and the Eurythmics without reservation. The original version of this song will always be best. Marilyn Manson's version, however, is just … haunting and creepy and disturbingly sexy. I used to make out with my goth boyfriend with this tune playing in the background.

Whether Aretha Franklin's belting out her original take or Carole King's crooning her smooth, velvety cover, this song is dedicated to all of us.

Quick! Your favorite cover! And … go!