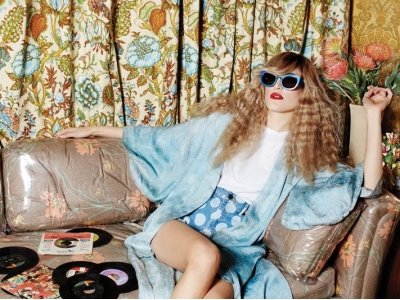 If you're like me, when you're in a certain mood, you listen to certain types of music to accommodate that emotional state and there are different types of music to suit every mood. Sometimes, you listen to certain songs or types of music to make yourself feel better, for example, when you're celebrating that victory by dancing around the bedroom with your hairbrush and pretending you're Madonna, and sometimes it's to make yourself feel worse, by wallowing in post-break-up pity and weeping dramatically (we've all done it!) Music can do magical things as there is music that can heal, such as classical music and music that is perfect to work out to, such as hip hop. So, in the interests of finding some music to suit every mood, here are some of my favorite types of music that I like to listen to when the mood takes me.

I love listening to classical music. It's soothing and calming and when I've had a particularly stressful day, it's the type of music I like to turn to in order to help unwind. I also like to listen to it when I'm sitting in traffic as it has been proven to reduce levels of anxiety. It has also been shown to increase healing rates in convalescing patients. I instantly feel smarter when I listen to classical music and can feel new brain cells developing. I know they're not, but it also helps me to imagine that I live in a large manor house in the country and have a butler named George and a chauffeur named Jeffrey... just a little dream of mine...So whether you want to take a breather with Beethoven or relax with Rachmaninoff, classical music is one type of music to suit every mood, as it can be both uplifting and relaxing.

Jazz is so smooth, soothing and super sexy. There are obviously different types of jazz to suit different types of moods, so to put jazz under one umbrella would be naive of me and would probably offend the hardened jazz fans out there. With its origins in New Orleans in the early 1900s and its use of the ubiquitous double bass, brushes and saxophone, Jazz is your go to groove when you want to set the mood for a romantic evening with your beau. Louis Armstrong is seen as one of the most famous jazz musicians. With his raspy and gravelly voice, he is the man who is credited with making jazz mainstream.

Hip Hop can be great to listen to when you're working out and you want to feel pumped. According to researchers, if you want to maximize your workout performance, you need to listen to the right type of music. Researchers found that urban and rap music is the best type of music to listen to for running or jogging, as the beat helps maintain momentum and the lyrics in rap music can be helpful for motivation. So when I'm in a workout mood, hip hop and rap are the types of music I like to listen to and that help me perform at my best.

Want to feel like you're in a warm country and the sun is shining down on you? Stick on some reggae music. When we think of reggae music, we usually think of Bob Marley and he is often credited for putting reggae music on the mainstream musical map. With its Ska and Rocksteady influences, this musical genre was first developed in Jamaica in the 1960s and is one which also helps me to relax. It also has musical influences from jazz and rhythm and blues and Bob Marley is reported to have said that the word 'reggae' comes from the Spanish term for “the king’s music” with the Latin 'regi' meaning “to the king.”

When you have some excess energy and you feel you need to rock it out, then rock music is the one you should turn right up. Don't forget the all important air guitaring too; that's mandatory when you're revelling in rock. With its influences in rhythm and blues, soul, country and of course, rock and roll, there are so many different sub-genres and fusion genres to mention. And so many different types of rock to suit every mood that I could even dedicate an article to just this type of music! For me, rock is Bruce Springsteen, Red Hot Chili Peppers and the Foo Fighters.

Soul is another smooth groove and is great for setting the mood for a date or a romantic evening with your significant other. With its roots in traditional American gospel music, it's another type of music I like to unwind to when I'm in the bath, surrounded by candles, after a hard day at work. For me, Sam Cooke and Jackie Wilson are the kings of soul who help to soothe my troubles away.