9 Crooning Songs from Counting Crows That Sound like Pure Poetry ...

Maybe it's no longer quite cool, but songs from Counting Crows still give me the shivers. I've been a fan of this band since I was in junior high, and my love has yet to fade. Say what you will about Adam Duritz and his hair, but that man's voice is absolutely haunting. Moreover, so many songs from Counting Crows sound like pure poetry. These are lyrics that really make you think. Hopefully I'll even be able to introduce you to a few tunes you haven't heard before!

In addition to being one of the first tunes that I heard, this remains one of my favorite songs from Counting Crows. The lyrics are so plaintive that decades later, when I'm feeling hopeless or melancholy, this song goes on my playlist. “Round here, we always stand up straight; round here, something radiates.”

I love this song so much, from start to finish, that I'm thinking about getting my favorite lyrics as a tattoo. It got big play after its inclusion in the Cruel Intentions soundtrack, and I think they played it at the perfect scene. This song is pure poetry; every lyric is moving and meaningful. “I am folded, and unfolded, and unfolding.” Seriously, I could quote the whole song to you because every line is my favorite. When you feel like no one understands you, don't you feel a little coffee black and egg white? 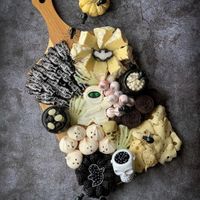 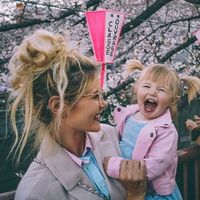 You sadly won't be able to find this on any album, and I haven't been able to find it on iTunes, either. I made an MP3 from the YouTube video. “Lightning” is a rare cut of one of the band's first studio recordings. I have no idea why it never made it onto an album, because it's stunning, and the sound is absolutely haunting. Take a listen if you've never heard it before, and if you need the MP3, please just ask! I love sharing this find, it's a treasure!

I've always loved this song, which is so freeing, somehow, and powerful. What happens when YOU think of heaven? Adam's vocals soar on this track, and the song lifts me up even when I'm feeling down and out. After meeting and falling in love with Heather, the tune took on even deeper meaning for me: “Lay me down in a field of flame and heather.” Awww!

“I guess the winter makes you laugh a little slower, makes you talk a little lower about the things you could not show her.” Tell me you've ever waded through endless December without feeling this way. You have the holidays, of course, but at the tail end of an endless year, surrounded by tinsel and lights and too much of everything, it's easy to feel like winter is just interminable. I always feel this way about February, but then, “a long February” isn't as lyrically pleasing, is it?

“Anna Begins” is such a melancholy song, yet at the same time, there's something sort of blasé and laid back about it. “I am not worried, I am not overly concerned.” When you're dealing with someone who just keeps lying and beating you down, put on “Anna Begins.” “Wrap [them] up in a package of lies,” and even if you can't send the person off to some deserted island, you can at least send them out of your life, with Counting Crows as your soundtrack.

7 St. Robinson and His Cadillac Dream

This is another hard-to-find gem that, I confess, I first listened to because it has my name in it. I do that, what can I say? But I was so glad I did, because there's something about this song that reminds me of DMB's more esoteric work, or Edwin McCain's haunting ballads (like “Ghost of Jackson Square,” among others). I also come from the Virginia part of the world, of course, so there is imagery in this song that speaks to me. My favorite lines, however? “I dream of ballerinas and I don't know why,” along with, “And the comet is coming between me and the girl who could make it all clean.” Oh, Adam.

8 Angels of the Silences

Ah, “Angels of the Silences.” Even the song title evokes some bittersweet kind of euphoria for me. I love all the bird imagery you find in so many songs from Counting Crows. Actually, I love all the imagery, period. “Waiting for you, all my sins … I said that I would pay for them if I could come back to you. All my innocence is wasted on the dead and dreaming.” How heartbreaking! How despondent! I don't know about you, but I love a song that can make me cry just as much as I love a song that can make me laugh. Do you know what really gets me, though? “Little angels hang above my head and read me like an open book.” What a turn of phrase!

I've never been to Nebraska, but “Omaha” has always made me want to go. That opening cadence just gets under your skin, and you kind of want to dance even though you know what's coming. It's proof that your middle American life isn't quite so bland and boring and unromantic as you might have feared, however.

Clearly I've got a thing for August and Everything After, which remains one of my favorite albums of all time. I was delighted as could be when I found “Lightning,” though – it's such a hard find! Am I alone in my Counting Crows passion? What are some of your favorite songs?

What can i put apple butter on ...
What fruits rich in vitamin c ...
How to be more girly and feminine ...
Why can't you eat horse meat ...
What foods do they eat on chinese new year ...
Should i just tell him how i feel ...
How many calories in a slice of pumpkin pie ...
Signs he is not over you ...
What happens if you eat spoiled yogurt ...
Why does meat get maggots ...