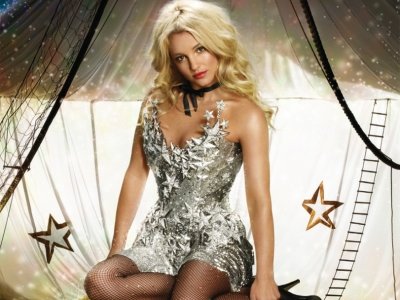 Not only is Criminal one of my all-time favorite songs, but it’s also one of Britney Spears’ greatest music videos so far. What makes this video so marvelous is how much it’s like a movie. The first minute and a half of the video set up the back story for Britney’s character, then the song begins. And once the song plays, Criminal is sure to knock your socks off!

Unlike Criminal, in Radar, Britney dives right into singing. But this music video tells a story just as well! The setting for the video is gorgeous, and the song is equally fantastic. If you haven’t heard this song yet, it’s time to put it on your radar!

Lucky is an old school Britney Spears song. When you watch this video, it’s clear that Britney released it in 2001 by the less-than-flawless special effects and Britney’s very 2001-ish haircut. Still, this song tells a great story about a celebrity named Lucky who smiles for the cameras but cries herself to sleep each night. And the music video is just as wonderful as the song!

I Wanna Go, like Criminal, mimics a movie by beginning with a rather long scene of dialogue. The actual music video though is nothing short of amazing. In the video, Britney seems to be struggling to break out of the mold she’s been forced into until, finally she runs away out of the city. The ending is pretty strange... but mostly delightful and unique! Overall this video is bold and adventurous- just like Britney! I recommend it for any and every Britney fan!

Circus is certainly among Britney’s most entertaining music videos. Circus features more choreography than some of Britney’s other music videos, and it adds a touch of fabulous! The cinematography in this video is mesmerizing as well, not to mention the breathtaking costumes. Overall, Circus has to rank high among Britney’s greatest music videos yet!

Last but certainly not least on my list of Britney Spears’ greatest music videos is Toxic! In most people’s minds, the idea of Britney Spears is inseparable from her hit song Toxic. And just as this song captivates Britney’s devoted fans, so does the music video which accompanies it. Toxic takes you on a wild and exciting adventure as Britney plays the role of a stewardess by day and spy by night. Toxic certainly reigns supreme in my book of Britney’s most memorable music videos!

In my eyes, Britney Spears can do no wrong; every song and video she creates will be amazing! But some of her music videos are on a whole other level, and I encourage you to watch them. In your opinion, what’s Britney’s best music video?