7 Epic Performances by the Neighbourhood ... 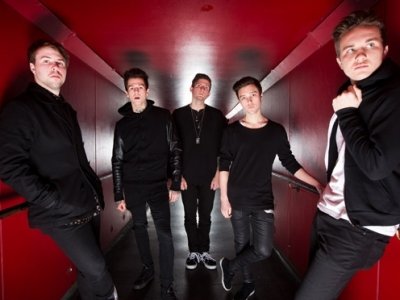 There are so many performances by The Neighbourhood that are truly amazing. They're the type of band who don't care about anything other than making great music and showing love to their supporters. They've been to NYC a few times but unfortunately I have yet to catch them live! Rest assured it is on my bucket list, though! I could watch these seven performances by The Neighbourhood over and over again without getting tired of it. I love how they manage to sound even better than their studio versions!

Everything about this performance is incredible. I mean, The Neighbourhood covering Destiny's Child's "Say My Name"! It's awesome. Not to mention that they incorporate Justin Timberlake's "Cry Me A River" in there too. This mashup is music heaven. I love their rendition of both songs!

I love their EndSession videos! In this video, they perform "Wires," which is one of my favorite songs! I love Jesse's vibe when he sings. He's always so calm and relaxed, and the music just pours out of him. That just goes to show how effortless his talent it! Gotta admire that.

I love this acoustic rendition of their song, "Baby Came Home." I love seeing them in front of a crowd because they get really into their performance and they just shine on stage. I love artists like that! This song is fantastic and so is the performance.

Okay, I know I'm not the only one who's in love with Jesse, right? I mean, look at him! He's beautiful. I swear, when he starts singing, I melt. There's something about his presence when he sings, it makes everyone just be focused on him. But that's not to take away from the other band members, who are all equally as awesome. I love this performance of "Afraid." Jesse sounds great!

This performance is from their VEVO Lift showcase last summer! They sang a bunch of songs from their debut album, "I Love You." This song is one of my favorites and I'm very impressed with the performance. I say this all the time but I just love their vibe. It's kind of hard to explain, but Neighbourhood fans know what I'm talking about.

This is another one from their VEVO Lift showcase. This is a pretty mellow song so it's nice to see Jesse using the stage a lot more than he usually does. Sigh. This performance makes me wish I was a part of that Chicago audience!

There you have it! The Neighbourhood are insanely talented, to the point where every performance is pretty much flawless. So, don't think I'm not aware of their other great performances. These are just some of my personal faves! Which Neighbourhood performance do you think was the best?