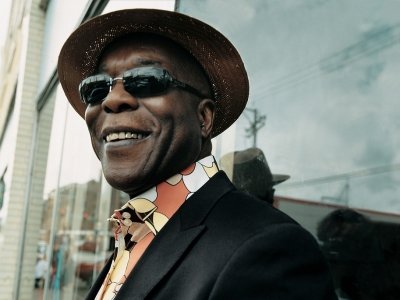 Listening to blues music elicits from me an incredible array of emotions, and my love for this genre has led to me discovering some of the finest blues guitarists that the entire world is likely to have the pleasure of hearing. My first romance with music was when I fell in love with rock ‘n’ roll, but somewhere down the line I have been hypnotized by the blues. The magnificent seven blues guitarists that I will wax lyrical about are all totally different in style, tone and the way in which they interpret this musical form. Some of them are sadly no longer with us nevertheless, their music ensures that the blues remains well and truly alive.

Must-listen album on iTunes at: itunes.apple.com

Here's a man surrounded by myth, and credited by many blues guitarists as a major influence, given his mastery of the genre. Johnson has an extraordinary guitar style which sounds like two guitars being played at once, with many other six-string wizards trying and failing to replicate this remarkable technique. Legend has it that Johnson sold his soul to the devil at a Crossroads in exchange for his haunting and astounding guitar playing ability. Johnson died at just twenty-seven years of age and even his death is surrounded in mystery, just like the man himself.