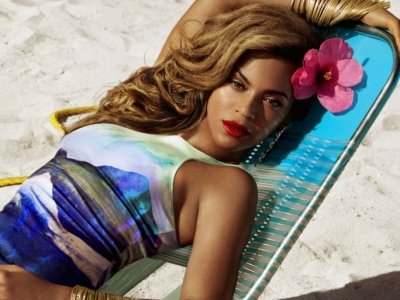 The best Beyoncé music videos show off the star’s incredible dancing ability and fierce attitude. Queen B’s videos are always entertaining and emulate her personal style. Each of the videos on the list show Bey at her best and remind us why she is such a force to be reckoned with in popular music. So here it goes, the 7 best Beyoncé music videos that we absolutely love!

You can’t produce a list of the best Beyoncé music videos without including Single Ladies. This song was huge and the video was just as big. The Single Ladies dance is as iconic as the song itself. The video is black and white and is very simplistic – which is what makes it so great. Although Beyoncé has other amazing music videos, this is her most iconic.

Who could forget watching Beyoncé dance around in a giant champagne glass? To make things even better, Naughty Girl features two of the best dancers in modern entertainment dancing together – Usher Raymond and Queen B herself. This video shows off Beyoncé’s elegant and seductive dance moves we all love so much.

Crazy in Love is Beyoncé’s first single as a solo artist. I love everything Beyoncé and Jay Z do together, and this first video of the two of them together is no exception. This video features Beyoncé’s amazing dancing, flames, and wonderful costumes. Crazy in Love won several awards and remains one of Bey’s best videos to date.

When Beyoncé and Lady Gaga get together, magic happens. These two complement each other both vocally and stylistically. Mother Monster and Queen B have two songs and videos together, Telephone and the remix for Video Phone. The Video Phone music video starts as a tribute to Tarantino’s Reservoir Dogs and from there moves on to Beyoncé dancing in incredible outfits for men with cameras for heads. Gaga channels her inner Beyoncé for the music video, and during her verse, Gaga dances and moves like Queen B. There are tons of toy weapon props in the video ranging from a bow and arrow to guns. The video is fun with bright colors and quirky costumes – just what you would expect from the powerhouse duo!

Run the World features Beyoncé in a post-apocalyptic world run by – you guessed it! – girls! But that doesn’t mean that everyone agrees. In the video, Queen B and her female army are confronted by a group of male soldiers. After a series of car explosions and dancing, the men end up surrendering and saluting Beyoncé. Beyoncé learned native Mozambican dance moves for the video, which creates a wonderful dimension to the video. The way she moves is out of this world!

Have you ever wondered what Beyoncé would be like if she was a housewife instead of a popstar? If so, you no longer have to wonder because she shows us in the music video for Why Don’t You Love Me. Beyoncé, rather B.B. Homemaker, takes care of all the household chores in fabulous outfits and jewels. This video is both cute and sexy and is one of my favorite Queen B works.

Partition is Beyoncé’s most provocative video of all time. In the video, Queen B seductively strips for her husband, Jay-Z. In a video commentary on her self-titled album, Beyoncé had this to say about the video, “The day that I got engaged was my husband's birthday and I took him to Crazy Horse. And I remember thinking, 'Damn, these girls are fly.' I just thought it was the ultimate sexy show I've ever seen. And I was like, 'I wish I was up there, I wish I could perform that for my man...' So that's what I did for the video.” The video created some controversy as the star dances around in a thong, but Bey wanted to empower women in their sexuality after giving birth. In my opinion, this sexy video shows Queen B at her best.

I love Beyoncé music videos and these 7 are among her very best. Each of these videos showcase a unique moment in Beyoncé’s musical career. So now it’s your turn to sound off – which of Queen B’s videos would you have liked to have seen on the list? Make your case for your favorite in the comments section!