9 Best-Selling Singles of All Time ... 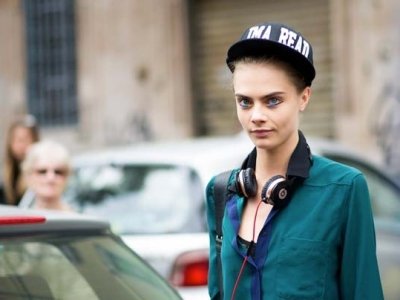 An oldie but a goodie! Topping this list of best-selling singles of all time is Bing Crosby’s classic rendition of Irving Berlin’s song ‘White Christmas’. Released in 1942 and selling a whopping 50 million copies, this song, for many people, completely sets the mood for the holiday season.

This is certainly a haunting song, having been re-written and recorded by Elton John after Princess Diana’s tragic death in 1997. Elton John was close friends with Princess Diana, and her death left him grieving, with paying tribute to her in song being the only way he felt he could cope. This song sold 33 million copies worldwide and is very powerful - it still manages to reduce me to tears every time I listen to it!

Bing Crosby does it again! His 1935 version of the famous Christmas carol ‘Silent Night’, composed by Franz Xaver Gruber and the lyrics written by Joseph Mohr in 1818, has sold over 30 million copies worldwide. Bing Crosby’s crooning voice and his beautiful version of ‘Silent Night’ comes in at number 3 on the list of best-selling singles of all time.

4 ‘Rock around the Clock’ by Bill Haley & His Comets

People love a great song to put their dancing shoes on to, and so it’s no wonder ‘Rock Around the Clock’ is the number 4 best-selling single, selling over 25 million copies after its release in 1954. This rockabilly hit was considered a ‘commercial disappointment’ when it first came out, but just look where it ended up!

Elvis Presley had to make this list, and his single ‘It’s Now or Never’ is his best-selling at over 20 million copies sold. The King of Rock released this single in 1960 and has had girls swooning ever since! Elvis undisputedly had incredible talent, hence why he has a great place in this list.

6 ‘We Are the World’ by USA for Africa

In 1985, Michael Jackson and Lionel Richie wrote ‘We are the World’ as a charity song to raise awareness about the difficulties faced by the African population. This song sold over 20 million copies and was nominated (and won!) a slew of awards, including 3 Grammys.

7 ‘I Will Always Love You’ by Whitney Houston

I’m sure you’ve seen all of the parodies of this song on YouTube by now, but ‘I Will Always Love You’ by Whitney Houston is seriously beautiful. This song was originally written and performed by Dolly Parton, but Whitney Houston really made it famous in 1992, and sold over 20 million copies worldwide.

This doo-wop song is really sweet, and has sold over 19 million copies worldwide since its release in 1939! After Jack Lawrence wrote it he showed it to his family and friends, who all gave him criticism. Thankfully he believed in the song, and look where it got him!

Thank goodness for Eurodisco! In the era of ABBA, Spanish duo Baccara released ‘Yes Sir, I Can Boogie’ in 1977 and sold over 16 million copies worldwide, despite never charting in the USA. It was obviously popular elsewhere, considering just how popular the song became.

Did you guess any of these songs? I’m really interested to hear your thoughts! I was shocked by how few modern songs were in the list, but found it really interesting reading the stories behind the songs and how they became famous. Which singles did you think would be on this list?