Dreamy Love Songs Every Girl Secretly Wishes Was Written for Her ... 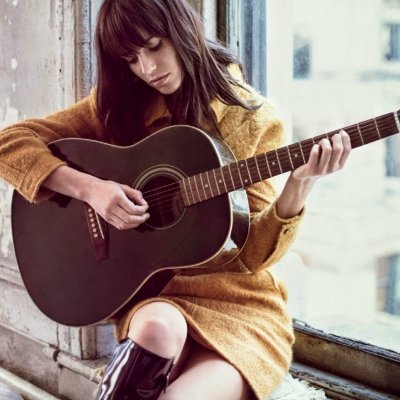 1 Bruno Mars "Just the Way You Are"

Don't you just love Bruno Mars? He makes such great and catchy tunes and this is one of those love songs that is just beautiful. I love the way it tells of a woman being perfect just the way she is, despite her insecurities. Released in 2010 and taken from his fabulous album Doo-Wops & Hooligans, it speaks for many of us women who would like to change things about ourselves. But Bruno Mars loves us just the way we are!

Ex military man James Blunt has such a wonderful voice and this was the song that propelled him to international stardom. It was released in 2005 and I can't believe it's nearly ten years old! It remains his biggest single in the US but he has continued to release some great songs since. It was reportedly inspired by his former girlfriend who he saw on the tube one day while she was with her new boyfriend. It's a sad and romantic story and there's an unusual video to accompany the song.

Taken from the soundtrack of City of Angels, this is one of my all-time favorite love songs. It propelled the band to international stardom when it was released in 1998 but the group haven't really had the same success with any of their subsequent releases. I suppose you only need to have one hit though!

Wonderful Tonight is a beautiful ballad from the brilliant Eric Clapton. Released back in 1977, it's one of those timeless classics and I can't believe it's 37 years old! Clapton reportedly wrote this song about Pattie Boyd who he married in 1979. Their relationship unfortunately didn't last and they divorced in 1988.

We all remember this song which was used in the fabulous movie Ghost and we all remember THAT infamous scene. It's such a beautiful song and so sad when you think of the movie too. This song was first released in 1955. Yes, nearly sixty years ago but it's truly timeless. It is so popular that it has allegedly spawned over 500 versions in hundreds of different languages. One little known fact is that it was used as the theme for a prison film called Unchained back in 1955.

Let's face it, this song is associated with Julia Roberts and she is THE ultimate pretty woman in my opinion. Of course, the late and great Roy Orbison wasn't writing about Julia as she would have only been three years old then. It was allegedly inspired by Orbison's wife Claudette. Unsurprisingly, this song sold millions of copies and received many accolades.

I love this song and the film from which it's taken, Armageddon. This fabulous power ballad is one of the most romantic songs and was the band's first number one hit after 28 years together.

Which love songs do you secretly wish were written for you? Maybe your significant other has written you a love song, in which case how romantic. I would love to hear!