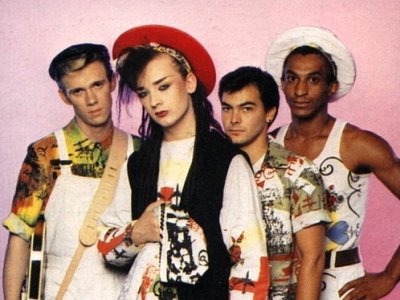 I know that the 80s are deemed by many as the decade that taste forgot, but I love all things 80s and there are some great 80's musical acts that I still can't get enough of. Whilst the 70s were synonymous with disco grooves and flares, the eighties are symbolized by shoulder pads and fingerless gloves and there are many eighties aficionados who like me, just love to revel in the eighties, even if they were too young to appreciate it at the time. And whilst some of these bands have evaporated into the musical ether, leaving behind their legacy of neon leggings for the nostalgic amongst us, some of them continue to perform and record today. So in the interests of nostalgia, here are some fabulous 80's musical acts I still love to listen to.

There is a fabulous scene in She's Out of My League when Stainer performs a cover of Hall and Oates' "Your Kiss is on my List", which I can watch over and over again for its comedy value. Funny film aside, Daryl Hall and John Oates first hit the music scene in the late seventies and continued well into the eighties, gracing the airwaves with hits such as "I can't go for that" and "Maneater". They are one of the greatest 80's musical acts I can listen to over and over again.