7 Songs to Listen to when You Need Some Serious Motivation ... 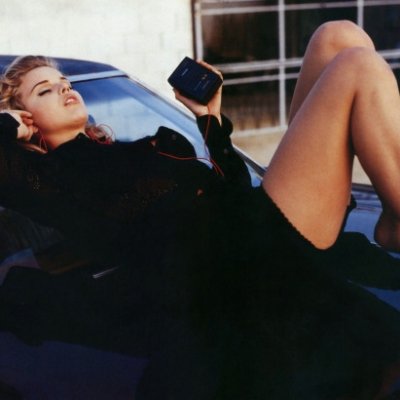 You're capable of doing anything you set your mind to! It doesn't matter if you're trying to land a spot on The Voice or if you're trying to get promoted at McDonalds. Either way, you can fulfill your dreams, as long as you believe in your heart that you can do it. If you're feeling a little iffy about your capabilities, here are a few songs to listen to when you need some serious motivation:

The lyrics start at about 0:35 seconds into this song. They're all about how you're capable of surviving anything that the world throws at you. You're strong enough to make it through even the roughest days.

2 You Gotta Want It by Jordin Sparks

The best way to achieve your goals in life is to really want to fulfill them with all of your heart. The more passionate you are about your line of work, the better your chances are of succeeding in it. Why? Because your passion will fuel you, which means you won't stop until you've reached the place you want to be.

3 Remember the Name by Fort Minor

This song gives you a recipe list of traits you need to succeed. It doesn't take pure skill to achieve your goals. You also need a little bit of luck and a strong power of will. The song tells it like it is and explains that you're going to deal with just as much pain as you will pleasure. That's what it takes to get to the top.

4 Kick Me by Sleeping with Sirens

This is the best song to listen to after someone tells you you're never going to be successful. Anyone who says such hateful words to you clearly doesn't know you at all. If they did, then they'd realize how much potential you have. This song will remind you to ignore them, but there are a few cuss words in it, so don't blast it too loudly.

5 Won’t Back down by Tom Petty

This song hasn't lost its catchiness over the years. It's about a man who refuses to back down, despite what life throws at him. It doesn't matter what he's faced with because he's always going to stand his ground. It's just the way he is, and it's how we should all be, too!

6 You Can do It by Ice Cube

This is a great song to listen to while you're at the gym. It's rap, though, so if you're easily offended by certain language, then you should skip this one. However, if you're a fan of the style, then you'll be inspired to jog around the block or do crunches until your back aches.

7 All Star by Smash Mouth

This is a classic song that you've probably heard a million times before. However, you should listen to it a million more times because it has a brilliant message behind it. Every single one of us is a rockstar, so don't sell yourself short.

These songs should get you thinking about how amazing you actually are. No matter what you're trying to accomplish, you can do it, as long as you put in all your effort and stop doubting yourself. What songs do you usually listen to when you want some serious motivation?