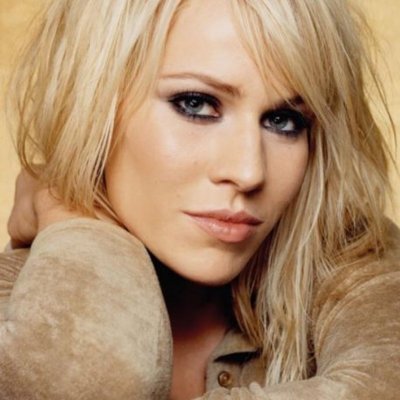 Natasha Bedingfield’s Unwritten was released in the later part of 2004 and became the opening theme song of the television series The Hills. But … it was only in 2007 that I fully appreciated the song when I heard it being played as background music to a shampoo commercial! I sang it in the shower (don’t ask me why!) when I felt that I was going nowhere with my life during that time. I love how the song is very universal in theme and I can still relate to it seven years after I first heard it. Here are my seven realizations from Natasha Bedingfield’s Unwritten:

1. So Much is in Store for You

Natasha Bedingfield’s Unwritten talks about freedom and the beauty of the unknown. It’s a very hopeful song that tells you that there is so much in store for you only if you just stop worrying too much and live a life that is open to possibilities.

2. It’s Alright Not to Conform to Society’s Norms

I love how Bedingfield and her co-writers made this clear in the lines, “I break tradition/Sometimes my tries/Are outside the lines.” I remember being told that I would have a hard time finding a man because I am too outspoken and opinionated. “Women are supposed to be meek and gentle,” said one Aunt. Imagine how furious I was when I heard her say that. I continued to be outspoken and opinionated and guess what, dear Aunt? I found my man!

It is really true, “the rest is still unwritten”! There are several points in our lives that we feel like we are on a dead end, like we are facing a sturdy, blank wall without any hopes of finding any other route to find that pot of gold. But if you keep pushing on and acknowledge the fact that someday your hard work will be rewarded, your efforts will reap great fruits.

I remember singing the lines, “Feel the rain in your skin/No one else can feel it for you,” and savoring every word of the song as if I wrote it myself. You define you – not other people. Your success is all up to you.

We are all different in some unique, eccentric, weird kind of way. It’s alright to be different. Diversity makes the world go round. Imagine how boring it would be if all of us were just corporate slaves or all of us loved the arts. The world is a happier place to live in because you are in it.

A good friend once told me that she makes the same mistake over and over again so she can gauge the level of learning that she earned after every mistake. Funny gal! While I don’t necessarily agree with her opinion, I feel that making mistakes is all part of growing up and becoming a more mature version of your younger self. The important part of this entire exercise is to LEARN FROM THOSE MISTAKES.

This is one of those songs that has an empowering vibe to it. I stepped out of the shower feeling really beautiful (and that’s not just because I used the same brand of shampoo that had the song as a soundtrack). It makes me look forward to better times ahead. I can’t help but feel positive, and that to me is a beautiful feeling.

Are there any other songs by Natasha Bedingfield that you like?