7 Classical Musicians You Can Enjoy Listening to ... 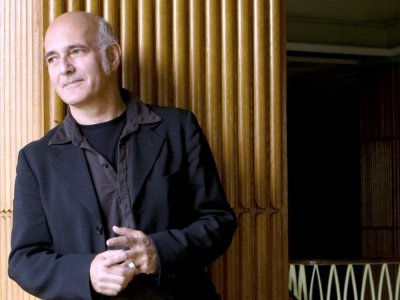 Sometimes the blare of modern music gets too much for my ears, so I turn to classical musicians instead. Unlike the likes of Kanye, classical musicians have the ability to soothe me. Some have only been around since the later half of the 20th century, while others died many years ago. There are hundreds out there, but the following seven always leave me feeling relaxed.

Even if you think you haven't heard of Einaudi, the chances are you have listened to some of his music during a film or TV show. Einaudi is one of the most popular classical musicians today. He played in Paris on my birthday, but I was too busy to go! A personal favorite of mine is "Burning." It comes from one of his more recent albums.

Karl Jenkins is a Welsh composer who produced the album Adiemus. Whenever I listen to it, I feel as though I am listening to a grown-up version of the Lion King soundtrack. Sure, I still love the Lion King soundtrack, but there is something about Adiemus that feels incredibly exotic. In 2008, Jenkins featured in Classic FM's "Top 10 Living Composers" list.

If you like your classical music to be dramatic, then listen to Ennio Morricone. He is responsible for Chi Mai, and is often a feature at Cannes Film Festival. Why? Because he composes for a lot of movies. Whenever I listen to some of his music, I get the vague feeling that I have heard it somewhere before.

Did you know that Henry VIII was quite a good composer? I had always heard of Greensleeves, and even though its composer is debated by historians, I like to think it was Henry VIII who composed it. Not-so-surprisingly, it is possible to find some of Henry VIII's stuff on Spotify. Unfortunately, this does mean Googling the songs to find out what they are and then searching for them through the app. Still, it is a great opportunity to see what music was genuinely played in English courts in the 16th century!

Fancy a little casual background music? Then you can't go far wrong with Joseph Haydn. He as a classical composer from Austria. He initially struggled as a freelance composer, before making it in London. Whenever I have a headache, I find that some of his pieces are great to listen to while lying down. Haydn's life was a little tragic as far as love goes, but it doesn't always show in his music.

Classical music doesn't always have to be soft and nice. If you want to feel a little majestic, give Igor Stravinsky a go. I can't really listen to this for too long however, when I do, it perks me up. I can sort of imagine the aristocracy of the early 20th century enjoying it.

Today we have the Vitamin String Quartet making popular songs even more awesome. In the 18th century, Bach was producing THE best string quartet pieces of the time. As far as musicians go, Bach was pretty much born into the industry the way Kate Hudson was born into acting. That doesn't make him any less astounding though. Music is the sort of talent that rarely comes genetically, which means Bach's efforts were all his.

Classical music is a great way to escape from the world without leaving your home. It can inspire ideas when you are working on something creative. Most importantly, it is crafted from pure talent, not a team of individuals working to elevate one person. If you love classical music, which artists appeal to you the most?