7 of Pnks Music Videos We Cant Get Enough of ... 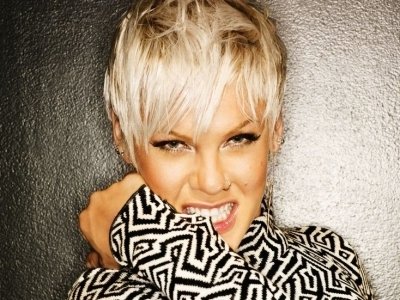 One of P!nk’s music videos I can’t get enough of is Don’t Let Me Get Me. The video features P!nk at a high school volleyball game, followed by her sitting in a classroom. Later, she goes to the bathroom where her reflection seems to be mocking her so she punches the mirror. Afterward, she is sitting in the office of music mogul, “L.A. Reid’s”, office where she tells him, “tired of being compared to damn Britney Spears.” Next, she goes through the steps pop stars go through such as photo shoots and preparing to go on stage. When she finally walks on stage, she changes into multiple different people. This is a great video about the pressures of the music industry.

Francis Lawrence directed the video for Just Like a Pill. This is one of my all time favorite P!nk music videos. It is much darker than many of her other videos. In the video, P!nk wears black outfits and black hair in every scene. In some scenes, P!nk is laying on the floor in front of her band, and in others she is surrounded by animals. I love the dark, artsy nature of this music video.

Dave Meyers directed the music video for Stupid Girls. Stupid Girls is a classic P!nk style video where she details the extremes people go to in order to achieve fame or recognition. In the video, P!nk plays both a devil and an angel trying to influence a girl’s life. The angel shows her the ridiculous trends celebrities go through. P!nk plays many different roles in the music video to demonstrate the extremes, such as a girl making a sex tape, a woman with an eating disorder, an older woman with too much plastic surgery, and a dancer in a 50 Cent music video. And these are just a few of the characters she plays! The music video won a VMA for Best Pop Video in 2006.

Sophie Muller directed the western-themed video for Trouble. In the video, P!nk rides on a horse until she approaches a lightly populated town called Sharktown. A stereotypical tumbleweed blows by, demonstrating there isn’t a lot going on in this place. When P!nk approaches the town, the residents appear skeptical and a little frightened. The video really gets going though whenever P!nk enters the town saloon. The bartender refuses to serve P!nk a drink and that’s when a huge brawl takes place. P!nk proves how much “trouble” she really is in this music video!

P!nk worked with Dave Meyers again for the music video for So What. In this video, P!nk starts out in a tattoo parlor before making her way down Sunset Boulevard on lawnmower, alcohol in hand. After P!nk gets in a fight with a store clerk, she goes to a park where she cuts down an engraved tree with her real name and her ex’s name with a chainsaw. After this emotional moment, P!nk does and experiences a number of things including, catching her hair on fire, stripping, and participating in a massive pillow fight.

Floria Sigismondi directed P!nk’s music video for Try. Try is one of P!nk’s more metaphorical music videos. Although it is more simple than some of her others, it is still powerful. There are two main scenes: an indoor scene and an outdoor desert scene. Indoors, P!nk dances with her partner and outside they are colliding in the desert. This video displays what it is like to be in an unhealthy relationship.

Jonas Akerlund directed P!nk’s music video, Sober. In the video, P!nk follows around her doppelgänger at a party. Her look alike is drunk, flirting, and vomiting as P!nk tries to talk to her. In the climax of the video, P!nk is with her doppelgänger in bed and they are making out. This scene was highly controversial and banned from almost every TV channel. It really channels P!nk’s carefree attitude, which is what makes this video so great!

P!nk is truly great in each of these music videos. I love her fun attitude and ability to make fun of herself and others in her videos. I just can’t get enough of her music videos! What is your favorite P!nk music video? Did it make the list? Give me your thoughts in the comments section!