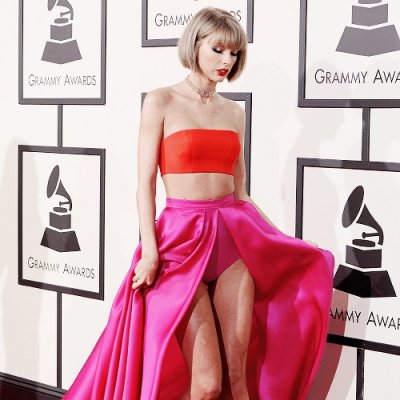 2015 certainly had it’s highs and lows, but one of the best things it gave us were several visually stunning music videos. As we wait on artists to produce more gorgeous music videos (Beyoncé is already ahead of the game!), you can enjoy some of last years artists’ best creations.

Who could ever forget Taylor Swifts music video that accompanied her amazing single, Bad Blood? With a Star Studded cast and no shortage of parodies made of it, this music video became an instant classic. It’s edgy, futuristic, exciting, and beautiful to watch! Plus, I’m a huge fan of the girl power in this video! You’ve probably already seen it, but no shame in watching it again! And again… and again!

2 Tinashe, All Hands on Deck

Not only was this one of my favorite songs from 2015, it was also one of the best music videos, in my opinion. Tisashe slays in her tight, leather costumes, and still manages to dance phenomenally well! And the industrial backdrop ads to the video's intensity as well. If you haven’t seen this video yet, make sure you do!

I’m probably biased because Lana del Rey is my favorite singer, but this music video really does have everything. The scenery is spellbinding, her voice, as usual, is intoxicating, and Lana looks gorgeous. Even if you’ve never been high and hate the beach, this video will make you wish you were there! The video is unique, artistic, and adventurous. It takes a turn for the strange, but somehow Lana just makes it work!

There’s so much I love about Kendrick Lamar’s Alright, I don’t know where to begin! This song, combined with the music video especially, sent an important message at just the right time about racial profiling and police brutality. This black and white video is not only beautiful to look at, but the images will really encourage you think about society’s big issues. Plus, it’s full of symbolism and peppered with dark humor that make for an overall amazing experience.

I’m a huge K-pop fan, but, since I don’t speak Korean, I judge the songs based on their music videos about 90% of the time. Red Velvet is a pretty new K-pop group, but they’ve already earned their place as one of my favorites! One of the reasons is music videos like this one, with stunning backgrounds, amazing costumes, and choreography that's both fun and unconventional.

This music video stars Emma Stone, so you already know it’s going to be fabulous! It also takes place on the Queen Mary, a gorgeous trans-atlantic ship-turned hotel. In the video, Emma and the crew dance throughout the ship in a way reminiscent of an old-fashioned musical. Emma’s awkward yet charming personality really completes the video and complements the quirky song. It’s fun, refreshing, and adorable in every way!

Admit it, you know all the words to Hotline Blink! There’s no shame, it’s actually a really good song! And there’s a great video to go with it! It’s really minimalist, but also aesthetically pleasing. Drake’s dancing isn’t the best, but it’s certainly entertaining! This video is really fun to watch and dance along with!

I'm looking forward to a year of amazing music videos, but I'm still not ready to let go of last year's creations! Which of these is your favorite? Are there any other music videos you love?