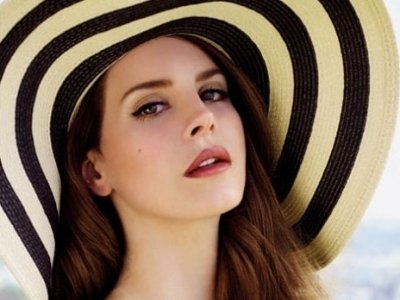 Artists record many songs that don’t make it onto their albums and this results in amazing unreleased songs. Sometimes, these tracks get performed live, uploaded to YouTube, or even leaked so that fans can enjoy them. Here are some of my personal favorite, amazing unreleased songs from some of the most popular artists of today.

It seems like Kendrick Lamar can do no wrong, so it’s no surprise that his track “Rare Breed” is one of the amazing unreleased songs. Kendrick originally released this song online in 2010 to generate hype about his mix tape, but it ultimately didn’t make it on the track list. The song is about the Rare Breed Motorcycle Club. I love this unreleased Kendrick track!

Lady Gaga has tons of amazing unreleased tracks, but my current favorite is “Brooklyn Nights.” “Brooklyn Nights” was uploaded on YouTube in March by Gaga’s team, TechHAUS. Gaga told fans she recorded a song for ARTPOP titled, “Brooklyn Nights” a year before the album release but it ultimately wound up being left off the album. She revealed the song would eventually be available for download through the ARTPOP app, but for now the only way to listen to it is on YouTube. Her friend and creative partner, DJ White Shadow, produced the upbeat track about ending a relationship.

“This Kiss” is a Britney Spears track that was recorded for Circus, but ended up not being on the album. Britney is another artist that has quite a few unreleased tracks to her name, but there is something extra special about “This Kiss.” The song is about dreaming of getting back together with an old flame. The music is super upbeat and even reminds me a little of Super Mario Bros. (in a very good way).

In March, Drake debuted an unreleased track at a show in Birmingham. In the song, Drake sings instead of raps and really shows off his great vocal ability. Currently, there is only a version out of him performing live, but I’m hopeful a studio version of this amazing unreleased song will be available soon!

Lana Del Rey’s signature sultry voice is better than ever in her unreleased track, “Angels Forever.” The song sounds like it could have been included in her album “Born to Die.” The track was leaked in 2013 along with a few other great, unreleased Lana gems.

Justin Timberlake and Madonna's voices blend perfectly in the unreleased track, "Across the Sky." This song would have been included on Madonna's album "Hard Candy," but ended up being left off. I am sad this song was never released, but I love being able to listen to it on YouTube.

“New Shoes” is a classic Beyoncé track that is reminiscent of her hit, “Irreplaceable.” The song is about not getting down after a breakup and slipping on your “new shoes” to face the road ahead. It’s inspiring, upbeat, and features Beyoncé’s incredible voice. There is so much to love about this track!

I wish these amazing unreleased songs would have made it onto albums, but there is also something special about having a song unreleased. It’s like a special treat that only the most devoted fans get to enjoy. Since I only included 7 songs from 7 artists on this list, I want to know what some of your unreleased tracks from your favorite artists are? Share in the comments.