7 Best Girl Power Songs for when You Need to Be Strong ... 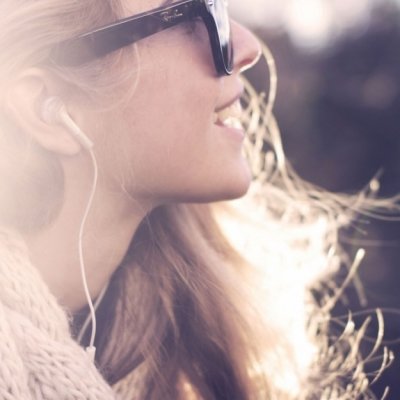 A song has such a power to emote it’s scary. A song can lift you up and pull you down. It can give you hope and soothe a savage breast. And when you need to be strong, there’s girl power songs.

1 Gloria Gaynor – I Will Survive

Perhaps the mother of all girl power songs, this disco classic from 1978 is still as loved now as it was then, and should be on the playlist of any strong woman! The melody is just as catchy as the lyrics are important, with Gloria Gaynor discovering that she doesn’t need anyone but herself to live life to the full, deciding that she will not let a dreadful relationship define her and choosing to move on in glorious disco style.

A brilliant song from the best years of the infamous pop princess, Britney Spears’ Stronger gives a more modern voice to the same sentiments of I Will Survive accompanied by a catchy early 2000’s pop melody. Britney is determined not to let her breakup get the better of her and discovers that she is in fact stronger without the man that she no longer needs; a realisation that many us of have come to at some time or another.

This song is one of Shania’s best and absolutely encapsulates the mind-set of a strong woman. “The best thing about being a woman is the prerogative to have a little fun” - great lyrics with a catchy country pop vibe that will have even the most reluctant party goers up and dancing. This track along with That Don’t Impress Me Much give Shania Twain the reputation of country pop’s leading strong woman!

The soundtrack to the female centric movie hit Charlie’s Angels; Destiny’s Child brought an R&B vibe to the strong woman message with this mega hit of the early 2000s. Beyoncé, Kelly and Michelle preached about the power of independence that women are entitled to, making their own money and being responsible for all their own success. You go girls!

This international hit from 1999 really struck a chord with women all over the world extolling the fact that they are not prepared to settle for lazy, entitled men who have elevated opinions of themselves. TLC taught us that we deserve better than some scrub who, to put in it their own words, is “hanging out the passenger side of his best friend’s ride” rather than making something of himself!

Another absolutely classic song from one of the Queens of Soul, RESPECT by Aretha Franklin is one of the defining tracks for any woman to think about when they need to find some inner strength. Aretha teaches us that respect is something you should hope for in life and relationships, but something that you absolutely deserve and should expect. All together now… R.E.S.P.E.C.T.!

You can’t have a list of girl power songs without including the group that put the very word on the map! The Spice Girls were a source of inspiration and idols to an entire generation in the 90s, and though songs like Wannabe are mainly just pieces of perfect pop, the message of self respect and living life on your own terms is one that is important and memorable.

Even just writing this I feel like I’ve taken a bite of the strength sandwich. I’m betting though, you’ve all got your own favorite girl power songs you turn to when you need some musical support. Tell me!