7 Amazing British Artists That You'll Fall in Love with ...

There are so many amazing British artists out there. Sometimes I feel like all the musical talent is hidden out in the UK! Thankfully, a lot of these amazing British artists eventually cross over to the US market and become a huge sensation. This list in no way captures all the great UK artists (there are way too many to even name), but it does give you an idea of what's out there! These 7 artists are just a few of my favorites!

This band tops my list of amazing British artists. They’re starting to cross over to American radio and are even selling out US tour dates! Whenever I watch their acoustic performances, I get goosebumps. This band has some raw, genuine talent and it shows. If you haven’t already listened to them, check them out. Then, once you fall in love with them, check to see if they’re touring in a city near you!

This cutie is sure to captivate you with his voice. I watched him live in NYC and was so impressed! He’s one of those artists who gets so into his performance and makes it so fun for everyone to watch. He kind of has this hauntingly beautiful voice that you just can’t stop listening to. This singer/songwriter has a bunch of videos posted on his official YouTube channel. Check him out! 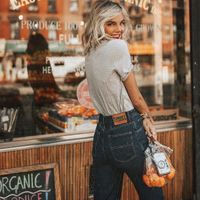 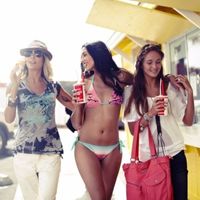 How to split rent

One way to describe Nina Nesbitt: female Ed Sheeran. She’s just so fantastic. I was so bummed out that I couldn’t make it to her recent NYC show but I definitely will try to catch her next one! Her songs all have a feel-good melody but still carry some beautiful, meaningful lyrics. She’s even opened up for Ed in some of his London shows! You’ll love her as soon as you listen to her. "Just Before Goodbye" is the song that made me love her sound!

I can’t even begin with my love for King Charles. He’s just such a great musician. He has this quirky, exotic appearance which fits so perfectly with his stage name. He's even played with Mumford & Sons (and has a song with them!). I cannot wait for him to tour in the US because I’ll be there for sure! Check him out, I’m sure you won’t regret it!

The first time I heard Charlie XCX was when she opened up for Marina & The Diamonds (another amazing UK artist). She has such a cool vibe and it seems so effortless for her. The singer/songwriter even co-wrote Icona Pop’s hit single, “I Love It.” She’s featured on the song and even covers it live at her own shows. She’s starting to gain a big fan base here in the US and I don’t think it’ll be long until she’s a big star! Did you catch her in NYC recently? She sold out Irving Plaza!

This girl is a powerhouse. She has one of the craziest voices I’ve ever heard. If you listen to Rudimental (an awesome UK band), then you’ve probably heard of Ella. She’s been featured on some of their songs including “Waiting All Night.” This video was the first time I heard Ella and I’ve been hooked on her voice ever since. The notes she hits are ridiculous! Oh, and if you've heard of John Newman (UK artist getting American airplay right now for his single, "Love Me Again"), that's Ella's boyfriend! Aw.

This 21 year old is an amazing singer/songwriter. She gained a huge following online after posting acoustic covers of songs by bands like Paramore and You Me at Six on YouTube. Now, she releases originals (which are fantastic). My favorite of hers is “Please Don’t Say You Love Me.” The lyrics are so simple, yet so beautiful. I couldn’t make it to her last NY show but I seriously hope she comes back soon! I have a feeling she'll be selling out shows here in no time.

That’s 7 amazing British artists you’ll totally fall in love with. There are SO many more out there, but I tried to focus on some of the “less known” artists. However, these names are sure to become big very, very soon! What British artists do you think should make the next list?

health
20 Ways to Gain Weight Healthily ...
love
7 Signs Your past Relationship is Holding You Back ...
hair
If Youve Never Seen a Shampoo Bar Its Time to Buy One ...
health
7 Tips on How to Avoid Digital Eye Strain ...
money
How to split rent

Signs someone is wasting your time ...
Whats heavier a pound of bricks or a pound of feathers ...
How long after expiration date can you eat yogurt ...
Symtopms of when your sigar is to high ...
How is protein good for you ...
How to lower your a1c level naturally ...
How does fast food affect your body ...
Why sugar ...
Laugh out loud tv shows ...
How to apply eye makeup for deep set eyes ...