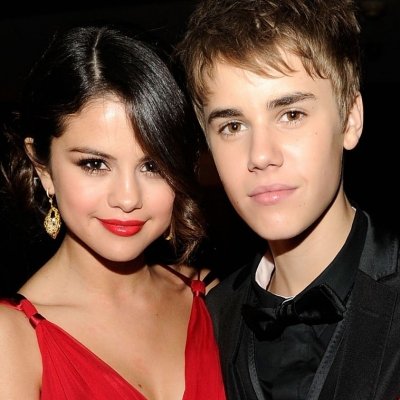 We all know Mariah Carey was throwing some major shade at Eminem with her single, Obsessed. I mean she even dressed up as him in the video! If that wasn't enough proof, Eminem replied with his own diss, "The Warning," where he mentions her name more than a few times. This is just one of the many songs that have been inspired by celebrities.

Remember when Nick Jonas and Miley Cyrus were an item? Am I the only one who misses it? Soon after Miley's engagement to Liam Hemsworth, Nick debuted a brand new song titled Wedding Bells. His lyrics included, "I don't want to love if it's not you. I don't want to hear the wedding bells prove that we can't try one last time." When Miley was asked about it afterwards she said, "I think that you kind of get a fair warning when you date an artist and someone that’s a writer."

There's no denying that Selena Gomez and Justin Bieber have had a pretty rocky relationship. So what do two musicians do to deal with it? They write songs about each other. Selena wrote "Love Will Remember" and said it was "the most personal track on the record, for sure. I think it's a sweet way of releasing my emotions. It's not an aggressive approach to what people are probably expecting." Justin also wrote "Heartbreaker" and "Nothing Like Us" about their relationship.

Ariana had major success with her single, "The Way" but did you know that Jordin Sparks is actually the one who wrote it? "Ariana's team heard it and she loved it! So she cut it. She did an amazing job and she kills it live!" Jordin told The Hollywood Reporter. Jordin wrote it about her then-boyfriend, Jason Derulo.

Although Justin Timberlake didn't admit that "Cry Me a River" was about Britney Spears until 10 years after its release, we all knew. I mean, the Britney look-alike in the music couldn't have been just a coincidence. Either way, what started as a "revenge song" gave Justin one of his best singles.

6 By the Grace of God

On her latest album, Katy Perry showed her vulnerable side. She admitted that “By the Grace of God” is the sole track from Prism that's specifically about her relationship with her ex-husband, Russell Brand. “All the other songs are stories from different times in my life,” she says. “It’s people making assumptions. Katy's hit single “Unconditionally” was partially influenced by her relationship with John Mayer.

After John Mayer and Taylor Swift "dated," Taylor took a jab at John with her song "Dear John" which included lyrics like "don't you think I was too young to be messed with?" John admitted to being humiliated by the song and even it called it cheap songwriting. Eventually, he came out with Paper Doll about the singer. When asked about it, he said, "yeah, songwriters write songs because of people, about people."

Did you know that Gwen Stefani's mega hit was actually inspired by a nasty remark Courtney Love made? Courtney told Seventeen: "Being famous is just like being in high school. But I'm not interested in being the cheerleader. I'm not interested in being Gwen Stefani. She's the cheerleader, and I'm out in the smoker shed." Ouch. Logically, Stefani responded by dominating the airwaves with her new song and riffing on the cheer theme.

9 I Knew You Were Trouble

Some of Taylor's biggest hits have been inspired by her breakups. I mean, why sit in your room and cry about it when you can go and make a #1 album, right? Anyways, Taylor's "I Knew You Were Trouble" is about her ex fling with One Direction's Harry Styles. At the 2013 MTV VMAs, when Taylor picked up the award for Best Female Video for the song, she said, "I also want to thank the person who inspired this song, who knows exactly who he is, because now I got one of these." The camera instantly panned to Harry who didn't show any sign of being bothered.

Well, there you have it! Who knew there were so many songs that were indirectly meant for another famous celeb? Surprisingly, these are just 9 of MANY! Can you think of any other ones?