7 Reasons to Get Excited for Max Schneiders Summer Tour ... 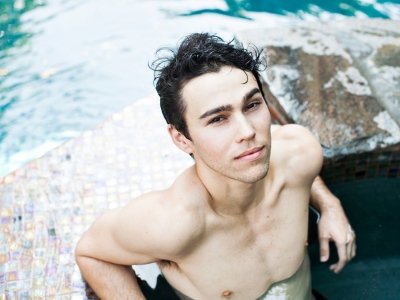 I am SO excited for Max Schneider's summer tour! I think he's got such a cool vibe as a performer and it's always such a treat to watch. His charisma is like no other and he's amazing at getting and keeping the audience's attention. If you haven't seen him live yet, I really recommend that you do. His mini-tour has already sold out some dates so get tickets while you still can! Check out the reasons to be excited for Max Schneider's summer tour.

Must I really explain why this is number one on the list? Max's vocals are phenomenal. He's been working with some huge music A-listers and it's really impressive! If you go to his YouTube channel, there are countless cover videos that'll showcase his talent. His recent cover of John Legend's "All of Me" is amazing! He's one of those rare musicians that can sound the same (as a studio version of a song), if not better, live. His vocals are just one of the reasons to get excited for Max Schneider's summer tour.

Max's EP, Say MAX, came out this month! That means he'll be performing all his new material at his shows this summer. That list includes "Mug Shot," "Streets of Gold," "Darling," and "Puppeteer." I can't wait to hear it live! However, I'm still keeping my fingers crossed that he'll do some covers too. That'd be pretty epic.

I was SO excited when I found out that Max was touring with Alexz Johnson! She's literally one of my favorite female musicians. I think the two are a really good pair - they're both genuine artists who put their heart and soul into their music. If you used to be a fan of the show 'Instant Star,' Alexz played the role of Jude Harrison. I'm so happy that she's continued music and is going to share it on tour now.

This alone is a good enough reason to go to Max's tour this summer! I mean, have you seen the man? He's beautiful. Imagine him up on stage, serenading you! P.S. Max always tries really hard to meet his fans after the show. That means you've got a really good chance at getting a picture with him!

It won't be long until Max is filling out stadiums. Until then he's playing small clubs, which allows for really intimate spaces. It's great because it brings him closer to the crowd - which is what we all want, right? That way, you're only a few feet away from him while he belts out his amazing voice.

Putting on a great show is more than just having awesome vocals. A great performer is engaging and interactive with his/her audience. Max is a natural up there. I saw him perform in New York last year and I was so impressed with how he managed to captivate everyone throughout his whole set. It was really an awesome thing to watch.

I don't know about you, but I think concerts are just always better in the summer. There's just something about the air! Or maybe it's the fact that you can stay out late and not worry about school the next morning. Either way, spending a summer night listening to Max sing sounds pretty great to me!

Well, there you have it! These are just seven out of many awesome reasons to be excited for Max Schneider's summer tour. I have no doubt that he'll put on an amazing show. Do you have tickets for a show already?