When it comes to the world of Kpop, fans know that hair colors change as often as a group’s concept, not to mention this usually signifies a comeback in the near future! While some looks can fall flat, and leave fans praying that promotions are swift, some artists rise above the rest! Here is our list of Kpop artists who rocked their dyed hair like no tomorrow.

While 2ne1’s main vocalist has gone through fewer style changes than most other artists (even her group mates), none can argue that her most striking look is when her tresses are deep red. She rocked this look for 2NE1’s “To Anyone” album promotions and has since gone back to it more than once.

Prior to B.A.P’s 2012 debut under T.S. Entertainment, leader Bang Yongguk released a solo track titled “I Remember” featuring Yang Yoseob of fellow boy band BEAST. While he went brunette four months later for his next promotion of the single “Never Give UP” with fellow BAP member Zelo, fans have expressed that his red hair was one of his better looks. 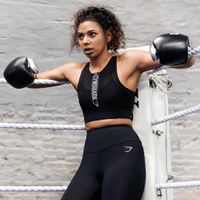 How to Make the Most of the College Gym ... 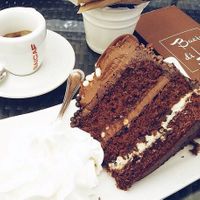 Sometimes it takes a certain person with a certain type of attitude to rock a hair color as bright or bold as orange, and few girls in the Kpop world possess just that sort of finesse more than Jia, the rapper of JYP’s all girl quartet Miss A.

The deep voiced vocal for Big Hit Entertainments flagship hip hop group BTS (or Bangtan Boys) has taken this hair color on more than once, and like Jia, has just the right attitude to pull it off. While orange hair has the potential to be obnoxious or downright distracting, V makes the color work like an expert.

While lots of idols have gone blonde for a concept or comeback look, none pulled this look off more successfully than the six member K hip hop group BAP, mainly because ALL the members rocked the look TOGETHER. Debuting under T.S. Entertainment in January of 2012 with the title song “Warrior,” B.A.P. came on to the scene with blonde tresses and bold moves,

Green is not a hair color that really screams “Kpop,” but no one has rocked this shade better than Jiyoon of CUBE Entertainments girl group, 4Minute. Whether it was ombre in a deep emerald color amongst her already black locks or tipping her angled bob in shades of lime, no one has rocked this look as good or as hard as she has.

Big Bang fans went bonkers in February 2012 when teaser images for the hip hop group's “Alive” album showed up on the YG Entertainment website. Having been forced to halt promotions abruptly the year before, fans were shocked to see the normally strait-laced, deep voiced rapper with ice cream blue hair.

When fans got news that Ji Eun of TS Entertainment's girl group Secret was doing a solo track in 2011, they got excited. The vocalist kicked that excitement into overdrive when she debuted with her song “Going Crazy” and took on a teal blue color for her tresses, showcasing her darker side. The song and her hair were a hit with fans and critics alike, and while she has since changed her hair, the look is one that is memorable.

The lead dancer and youngest member of YG Entertainment's resident girl group 2NE1, has taken on multiple hair colors since the group's debut, but none seems to favor her more than the color purple. From a purple pixie to a lilac angled bob, Minzy rocks this look like there is no tomorrow.

Every now and then a Kpop star comes along and can rock ANY hair color you throw at them. L. Joe, one of the rappers for boy band Teen Top, is just one of those people. Plug him into every other color on this list and most likely he’s already tried it. Being a hair color chameleon, it’s easy to admit that his purple hair is one look that is most definitely most liked. Like Minzy, he has rocked the color purple more than once, and whether it's plum with warm lowlights or lilac with highlights, this is one color that he rocks hard.

A well-known trendsetter and fashion connoisseur, Big Bang’s leader and rapper G-Dragon has pulled of all kinds of looks over the years much to the delight of his fans. He kicked his fashion icon status up a notch back in 2012 when he was spotted on the streets of Paris with his mane in precious pink. This style only works to solidify his status as a fashionista.

Vocalist and leader of Happy Face Entertainment's girl group Dal Shabet, Serri took her look to a new level when she dyed her tresses bubble gum pink. With a fun and cute personality to match, Serri pulled off this look for a while much to the delight of fans!

G-Dragon, rapper and leader of YG Entertainment's boy band Big Bang, has proved himself a hair color chameleon since his debut, rocking every color on this list at least once or twice in many shapes and styles. One of his more favorable looks, however, was a look he took on in the summer of 2012. Affectionately dubbed his “crayon” hair, this fun green, blue, and pink cotton candy look got its name for the solo track he was promoting at the time, coincidently named “Crayon.”

In January of 2013, S.M. Entertainment's 9 member girl group Girls Generation (also known as SNSD) released their title track, “I Got a Boy.” The song played like a medley of '80s new wave, electric dance, and modern R&B while the concept had a fun, colorful street style. It was during this time the Hyoyeon, SNSD’s principle dance queen, debuted her amazing rainbow colored highlights, the various colors flowing with her blonde locks to create a unique look that fit with the group's comeback concept seamlessly.

In December of 2010, fan pictures popped up in the internet of a completely white haired TOP, a rapper for YG Entertainments popular boy group Big Bang. The deep voiced rapper had paired up with his fellow bandmate G-Dragon, to promote their collaborative album, and TOP, whose hair had maintained his natural hair color since the group's debut in 2003, shocked everyone with a completely new look. The hair and album were BOTH a success and it’s gone down in the records as one of his more favored looks.

While hair colors in the Kpop world range from mild to the bizarre, these Kpop idols rocked their hair colors like nobody’s business. Did your idol make our list? Let us know who you think rocked their dyed hair the best!

fitness
How to Make the Most of the College Gym ...
parenting
7 Common School Problems That You Can Immediately Address ...
love
7 Ways to Make a Break up Easier ...
fashion
Beautiful Palazzo Pants for Cool Summer Legs ...
food
Dump desserts

How to prevent drunk texting ...
Bridal shower themes ideas ...
How to stop thinking about a married man ...
What vitamins and minerals are in strawberries ...
If there is not a way i will make one ...
Is white meat healthier than red meat ...
What are the worst foods for gluten? ...
How to watch uncensored vikings ...
How to jazz up a plain t shirt ...
What is the best callsign for friends ...