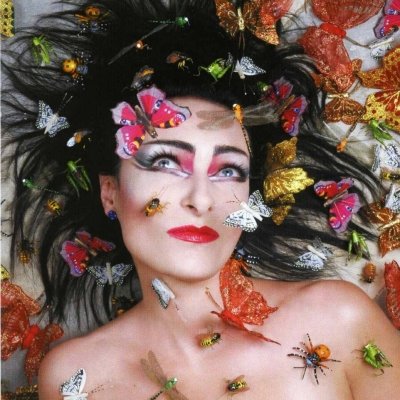 Pat Benatar was a major rock icon and among the amazing rocker chicks from the '80s. With chart topping hits like “Hit Me with Your Best Shot” and “Love Is a Battlefield,” Pat helped us fight through the tough battles that came with young love and adversity. She has since branched out into jazz and blues over the course of her career. With these new additions, she has proven to be not only a rock icon but also a woman of many talents.

The Wilson sisters have become a driving force throughout the decades through their band, Heart. With a wide spectrum of hits, they have returned to the charts through covers by Carrie Underwood, thanks to American Idol. Their catalog of hits, including “Alone” and “Baracuda,” have become the top picks among emerging talents.

Although it was her ballad, “Close My Eyes Forever” with Ozzy Osbourne, that launched her to super stardom, Lita Ford got her start as the guitarist for the all girl band, The Runaways. Over the decades, this powerhouse singer gained the title, “The Queen of Metal.” She is among my most favorite singers of all time.

As the replacement singer for The Runaways after the departure of Cherie Curie, Joan Jett has set the standard for female singers in the rock industry. After the end of the all-girl band, Jett hit the scene as a solo act in the early '80s and has remained one of the toughest acts to follow.

Pretender's singer Chrissie Hynde has launched this band to super stardom with her amazing voice and unique style. With amazing songs like “Brass in Pocket,” the Pretenders have become a major contender in the rock industry. The band won a Grammy for Best Pop Performance in 1994 with the love anthem that exceeded them all, “I'll Stand by You.”

With their start in the '70s, Siouxsie and the Banshees make quite an impression of '80s music. From the intriguing “Kiss Them for Me” and “Peek-a-Boo,” Siouxsie Sioux has become a household name. Since this extraordinary decade, Siouxsie's live performances have branched out to nothing short of amazing. You should really listen to her version of “These Boots Are Made for Walking,” it's awesome!

As the singer for Warlock, Doro Pesch became a leading lady in the rock industry. From their song “All We Are” to “Fur Immer,” Warlock was an impressive addition to the rock industry. Doro Pesch faced a great deal of adversity in her life and overcome so much. She has dedicated her life to music and her fans throughout her career. Her version of Billy Idol's “White Wedding” is a must-listen.

From her beginnings with Fleetwood Mac, Stevie Nicks has become a prominent lady of rock. Her unique voice and style have become a driving force in the industry, and it has proven highly successful for her. Among my favorites is “Landslide,” which presents us with the story of enduring love and cherished memories.

I remember the first time I saw Deborah Harry. I was a little brown-haired girl standing in the middle of a record store with my Mom. It was the first time in my life that I wanted blond hair more than anything in the world. Her songs have become constant reminders of childhood and a constant force within the entertainment industry. In fact, two of her songs are available on Rockband; it's great to have Blondie moments.

Rocker chicks of the '80s paved the way for an immeasurable amount of female artists throughout the decades that followed. I loved this era, and the music that it presented to us all. What are some of your favorite '80s artists?