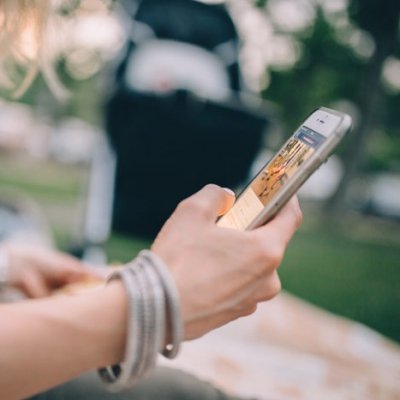 This song was kind of like marmite in 2015; you either loved it or you hated it! One thing was for sure though - it was going to be stuck in your head no matter what! Silento tapped in to our love for catchy tracks and a dance routine to follow along to. At one point or another we all whipped and nae naed last year.

For me, 2015 will be remembered as the year that Adele came back to us after too long away from the spotlight! Appropriately titled Hello, her first single in this new era became an instant hit and has been wracking up YouTube views ever since it dropped. Welcome back Adele, we’ve missed you!

3. Fifth Harmony Feat. Kid in – Worth It

2015’s Worth It proved to be the major breakthrough the girl band Fifth Harmony had been searching for ever since that came to fame on the US version of The X Factor. They get to show off their talent with choreography in the cool music video for the song, and the chorus will definitely stay in your head for days!

Music videos by Australian singer Sia are always something of an event, and on this occasion the hype was doubled because the video for Elastic Heart starred Shia LeBeouf, an actor who is as well known for his publicity stunts as his career in the movies!

David Guetta and Nicki Minaj are two of the most prominent and powerful figures in music at the moment, so it was inevitable that collaboration between the two was going to be a monster hit. The YouTube views have been rising and rising ever the video came out, and in classic Nicki Minaj style, the colors are bright and vivid!

Taylor Swift continues to absolutely own the music scene, and a highlight of 2015 for her was the release of the Bad Blood video. Taylor enlisted the help of some of her biggest showbiz pals including Cara Delavigne, Ellie Goulding and Mariska Hargitay to create one of the most memorable and most watched videos of the year.

This track burst in to our lives in 2015 and quickly became Spotify’s most streamed song of all time! Its Indian-inspired beat is insanely catchy, and the Indian flavor is carried through to the video that is as much fun to watch as the song is to listen to.

As well as being a fantastic song in its own right, Love Me Like You Do had the advantage of being the soundtrack for Fifty Shades Of Grey, so it was inevitable that the YouTube views were going to be through the roof with everybody wanting to catch a glimpse of Mr. Grey himself!

This is a special instance where I think the music video is even better than the song itself! Maroon 5 went around Los Angeles crashing as many weddings as they could to give a surprise performance to the bride and groom. The reactions are absolutely priceless!

This one is a great song but definitely tinged with some sadness. The song was on the soundtrack to Furious 7 and is a tribute to the late Paul Walker, star of the franchise who sadly died in a car accident 2013.

Have you watched them all or just some? Going to catch up?