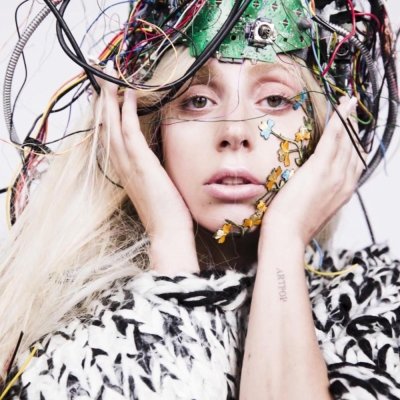 Pharrell's Oscar-nominated "Happy" anthem from the Despicable Me 2 soundtrack earned the number one spot for most-tweeted songs of 2014. When the song was released, people were OBSESSED. You just couldn't get away from it and why would you want to? "Happy" was a catchy and feel-good song, one that everyone could appreciate.

John Legend is the runner up! His song "All of Me" was all kinds of romantic and just summed up what every person wanted to say to their lover. People often tweeted lyrics to the song, thoughts about the sweet music video, etc. Many even tweeted different remixes of the song - did you have a favorite?

It's not surprising that Nicki Minaj's "Anaconda" made this list, right? When she first released it, it was all people could talk about! Granted, Nicki was definitely loving the attention. The song was one of the most talked-about, and in this case, most-tweeted songs of 2014! What are your thoughts on the video?

Ariana Grande pretty much owned the music game in 2014. Her sophomore album, My Everything, nabbed the number spot on iTunes just minutes after its release and even earned her some Grammy nominations. Her most-tweeted song of the year was her collaboration with rapper Iggy Azalea, "Problem." The song was an instant hit - radio stations couldn't stop playing it and the duo were performing it just about everywhere! People often tweeted their love of the collaboration and their love of the cool and retro music video.

Lady Gaga has people talking/tweeting about anything and everything she does. It's no surprise that her recent music made the list! What did YOU think of ArtPop?

When Magic!'s "Rude" hit the airwaves, it was hard to remember what the radio sounded like without it. I'm not exaggerating, it was THAT popular! That's why the tune made it as #6 on Twitter's most-tweeted songs of 2014 list. The band got their big break with the catchy single and people on the Twittersphere obviously loved it!

Demi Lovato's powerful message in "Really Don't Care" really resonated with people and that's why it became so popular in 2014! It's all about loving who you are and embracing it. People on Twitter were constantly tweeting their love for it.

When you see a year-end Top 10 In Music list, there's a pretty good chance you'll find Beyonce on it. The singer's "Drunk In Love" single was one of the most-tweeted songs of 2014 because people couldn't stop talking about it!

Before the "Night Changes" music video even came out, One Direction fans' constant tweeting resulted in multiple trending topics! It's safe to say that band has one of the most dedicated fandoms around. "Night Changes" got the #9 spot on the list but it isn't the only song that people tweeted about this year! The band actually have SIX songs on the year's top 50 list.

Little Mix's emotionally-charged single "Little Me" is a must-listen. The girls are constantly finding ways to encourage their young fans and do it through inspiring lyrics and performances. When they released the single and music video, their fandom (the Mixers) couldn't stop tweeting about it!