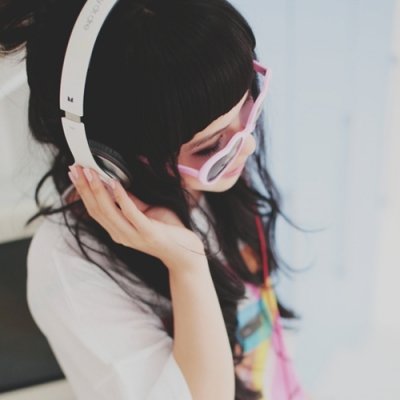 Ready to feel old? It's been nearly a decade since these songs hit the radio! As mind-blowing as it is to realize that such a long time has passed, it's fun to reminisce and listen to the jams of 2005. Some of these songs (like Ciara/Missy Elliot's 1,2 Step) actually came out in 2004 BUT rose to popularity the following year, which is why they're included in the list!

Anyone else refer to this song when they're trying to spell "bananas"? LOL. Hollaback Girl dominated the airwaves for all of 2005 and I'm sure, when played today, you'd still be able to remember ALL the lyrics!

2 Let Me Love You

I'll admit, I was obsessed with this song when it came out. Mario always knew what to say! Right, ladies?

3 Since U Been Gone

Kelly Clarkson's racked up hit after hit, but did you know that Since U Been Gone is turning ten this year?! I can remember singing (screaming) along every time this song was on the radio.

Anyone else think Ciara and Missy Elliot should team up for another hit song? They made quite the team!

Kanye West and Jamie Foxx's "Gold Digger" might be turning ten years old but that doesn't mean people have forgotten about it.

Green Day's "Boulevard of Broken Dreams" used to be the anthem to many people's lives. Ten years later, it's become a classic and timeless song.

9 Behind These Hazel Eyes

Here's another Kelly Clarkson mega-hit that's been around for a decade. This song is an oldie but still such a goodie!

This was probably my all-time favorite song in 2005. It's still such a treat to listen to today!

12 Don't Phunk with My Heart

Black Eyed Peas songs are always acceptable to listen to, no matter how old they are!

Here's another great song that Missy Elliot and Ciara released!

All of Mariah Carey's songs become classics. "Shake It Off" is still such a good song to listen to!

Could it really be 10 years that we were all introduced to Rihanna?!

The Game's "How We Do," featuring 50 Cent, was very popular!

Beverly Hills. That's where I want to be! I still listen to this song regularly.

Anyone else come to the realization that we NEED new Ciara music this year?!

Rob Thomas' "Lonely No More" will never get old.

Do you still find yourself listening to this song?

This song might be turning ten years old, but I'll never get tired of listening to it. Fall Out Boy forever!

Remember when Chris Brown became a music sensation with this single?!

This song was for all the lovebirds!

This song does NOT feel like it's been out for an entire decade!

29 Listen to Your Heart

Anyone else remember being absolutely obsessed with this song?

You never go wrong with some Frankie J.

I forgot how much I really loved this song but I'm so happy I've re-discovered it! What ever happened to Howie Day?!

3 Doors Down for the win!

I definitely remember Papa Roach's "Scar" being extremely popular in 2005!

Well, there you have it. These are just 33 popular songs that are turning 10 years old this year! Makes you feel kind of old, right? Can you think of any others?!