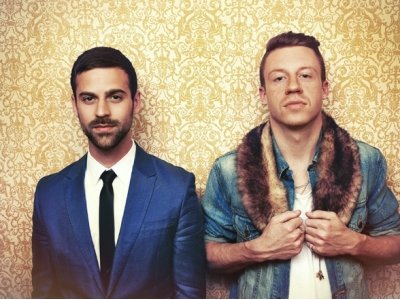 Given the fact that it's officially a brand new year, I wanted to compile a list with the most amazing songs that defined 2013, both musically and culturally. There were plenty of incredible tunes to choose from, since in the music industry, this was a very productive year. These songs were in constant rotation on radios and television stations all across the world and we simply can’t get enough of them. So, in my opinion, here are some of the most amazing songs that defined 2013:

Even though this song was released in October 2012, this wonderful tune really hit its stride this year when it became an anthem for LGBTQ rights, so I simply had to include it on this list of 7 most amazing songs that defined 2013. It also has one of the most moving videos I have ever seen that perfectly illustrates the fight against discrimination, a thing that is much too present in too many countries nowadays. Even though it was originally written to support the Washington state referendum 74 to approve gay marriage, this great song now supports gay marriage across the entire world, becoming an anthem for LGBTQ rights. It’s one of my all-time favorite songs with the best lyrics ever!

Oh, how I love this simply amazing song! Well, I’m also a huge fan of Katy Perry, so it was kind of hard for me to choose just one of her wonderful songs to include on this list. I finally decided on this one, even though “Unconditionally” was a strong candidate. It’s such an empowering song and Prism is an amazing and very inspiring album! This is definitely a pop song with staying power that will help us feel better in no time, especially when we might tend to be a bit discouraged.

Well, who doesn’t love Justin Timberlake? He’s such a talented artist, he has an amazing voice, he is an incredible and funny actor and also, he is a wonderful person. “Mirrors” is actually one of my favorite songs with the most amazing lyrics. Justin admitted that he was inspired to write this song by the love for his wife and the marriage of his grandparents, saying that "One of the most valuable things in a relationship is being able to constantly change and be individual, but look to the other side to the person that you're with and know that they're changing as well individually, but somehow you two can mirror each other and be the other half of that world that you both create."

4 Taylor Swift – I Knew You Were Trouble

This is definitely one of the most danceable songs from Taylor Swift. Of course, a breakup is its central theme and it’s about regretting falling for someone who is bad for you. Even though this song was also released in October 2012, it really went viral in 2013. It received a lot of positive reviews from music critics and it won a lot of awards, including the award for YouTube phenomenon. Taylor said that “The song is about being frustrated with yourself because here you are heart-broken and you knew when you first saw that person you saw all these red flags and you just went for it anyway, so shame on me."

Even though she’s very controversial at the moment, Miley is still an amazing artist with an incredible voice. The lyrics of this song are so touching and I must admit that this is definitely one of my favorite songs of 2013. Apparently, I’m not the only one who thinks this way, since up to this date, this tune has racked up more than 409 million views on YouTube, making it the second most-watched YouTube video of the year. This is quite impressive, isn’t it?

Even though there are people who say that the lyrics of this song are pretty racist, I must disagree with their opinion, because this song is actually about the difference between the way pop culture portrays youth nowadays and the way youth culture actually is. It’s also quite impressive that this talented singer is only 17 years old and she’s the youngest person to be on the top spot on the Billboard Hot 100 chart in 26 years. So, despite of all the critics, this is an amazing song that embodies Lorde’s mission statement that “pop music doesn’t have to be stupid.”

Wow, this is such a catchy tune! It quickly became a sweeping anthem for underdogs everywhere and it turned into a hit overnight. I love the lyrics and the message that it sends! It’s really inspiring and I had it on repeat for a very long time, and I bet so did many of you. It’s a very upbeat track that surely made quite an impression this year.

So, this is my list of 7 most amazing songs that defined 2013. What would you add to this list to make it complete? Do tell!